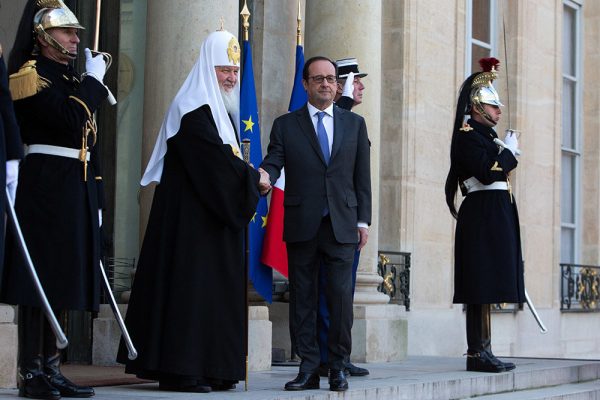 Hollande met the patriarch on the porch of the Elysee Palace in Paris. After that, they went inside, leaving the journalists to wait outside for the negotiations to end.

The meeting between the French president and the patriarch lasted some 40 minutes.

Patriarch Kirill began his primatial visit to the Diocese of Korsun on December 3. During the visit, which will last until December 7, the patriarch will visit Paris and the Swiss city of Zurich, where he will lead the church festivities marking the 80th anniversary of the Church of the Resurrection of Christ.