Patriarch Kirill: “No One Should Remain on the Sidelines from What is Happening in Montenegro and World Orthodoxy” 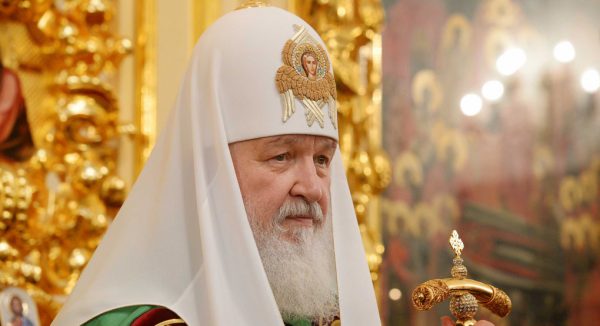 His Holiness Patriarch Kirill considers it crucial to support Orthodox Christians of Montenegro in every possible way, who are going through difficult times today. It is also important to defend the purity of canonical Orthodoxy in general throughout the world, the Patriarch said.

According to patriarchia.ru, the Primate of the Russian Orthodox Church commented on the current situation in Montenegro on December 28 and noted that “great trials have befallen the Serbian Church today as well”.

“A law has been adopted in Montenegro, a small country, which has always preserved a special attitude towards Russia. According to this law, all church property should go from the canonical Montenegrin diocese of the Serbian Orthodox Church to schismatics. The ruling hierarch, His Beatitude Amfilohije (Metropolitan of Montenegro and the Littoral), is fighting for Orthodoxy, he did not bow his head to the schismatics. However, we should not be silent either, and not only at the level of the Moscow Patriarchate or the Department for External Church Relations,” said the Patriarch.

The Primate of the ROC believes that it is essential to “condemn the seizure of churches and any attempts by the state authorities of Montenegro to seize all property from the canonical Church”.

“Today no one should remain on the sideline from what is happening in world Orthodoxy. We should write letters of support to His Beatitude Amfilohije, expressing our love, we should speak about the fact that the Russian Church remains together with Orthodox Christians of Montenegro. It is crucially important that those who are suffering today in Montenegro feel the support of our Church,” stressed Patriarch Kirill.

He continued that we should likewise write exposing letters to the Patriarchate of Constantinople and “warn Greek hierarchs about the inadmissibility of the destruction of the unity of Orthodoxy”.

“We do not pursue any political goals and do not experience any political pressure; we proceed solely from the principles of the canonical truth. And what truth can Constantinople have, which grossly interferes in another Local Church’s jurisdiction, which willfully removes the anathema from someone who had nothing to do with Constantinople, and which grants “autocephaly” to schismatics without hierarchical succession?” added His Holiness Patriarch Kirill.

Speaking generally about the situation in world Orthodoxy, the Patriarch pointed out the need for all Local Churches to be consolidated.

“I believe that the Lord will not leave us, just as He will not leave other Orthodox Churches, if our Russian Church stays faithful to Holy Orthodoxy. A special responsibility for the unity of Orthodoxy lies with our Church as the largest Local Church in the world. I would like that our bishops, the clergy, the monastics and all of our faithful people will realize this responsibility,” he concluded.

It was reported before that the Montenegrin Parliament adopted the anti-Church law “On Freedom of Religion and Belief and the Legal Status of Religious Communities” on December 26, which infringes on the interests of the Serbian Orthodox Church.

According to the new law, “All religious buildings that were property of the State of Montenegro before the loss of its independence and merging into the Kingdom of Serbs, Croats and Slovenes in 1918, and which subsequently did not become the property of a religious community in the proper legal way, will be recognized as state property,” the Secretariat-General of the Montenegrin government earlier said. It refers to over 650 holy places, including the famous Ostrog Monastery.

Patriarch Kirill Speaks on the Power of Epiphany Holy Water

The power of the water, consecrated by the Great Rite on the feast of the Theophany of the…

Spain's most popular and cited newspaper, El Mundo, compiled a list of six most impressive churches in Madrid,…