Source: Union of Orthodox Journalists
The Patriarch requested that all those who were arrested during the protests against adoption of the new law on the freedom of religion be released.
Pravmir.com team | 29 December 2019 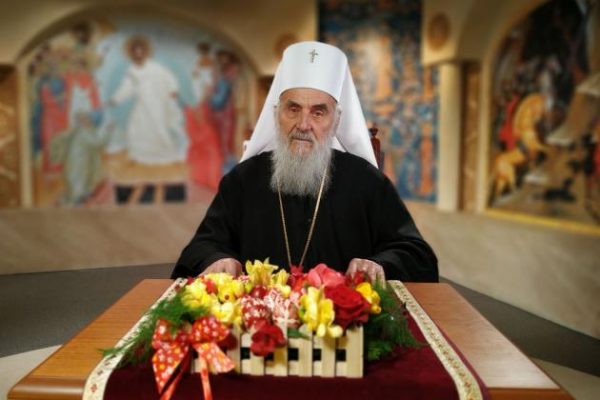 “His Holiness Patriarch Irinej of Serbia calls on the state authorities of Montenegro, especially the employees of the Ministry of the Interior, to immediately stop the brutal terror against the Serbian Orthodox Church, its clergy and faithful people,” Patriarch Irinej said in his appeal.

The Primate of the Serbian Church drew the attention of the authorities that after the fall of fascism and the end of Bolshevik terror, the beating by the Montenegrin police of the Serbian bishop, clergy, and believers is an unprecedented case for Europe.

“The Serbian Patriarch demands that deputies, political representatives of the Orthodox Serbian people in Montenegro, as well as everyone else who was arrested yesterday and today for protecting their shrines from state terror and robbery, should be immediately and without fail released from prison,” said Patriarch Irinej.

The Primate of the Serbian Church concluded his official appeal to the authorities of Montenegro with words of support addressed to his archbishops, clergy, monks and the flock.

After the mass brawl and detention by the police of all opposition deputies who tried to prevent the adoption of the anti-church law, the Montenegrin Parliament adopted the law “On Freedom of Religion and Belief and the Legal Status of Religious Communities”. The members of parliament who voted for the adoption of the law rejected all 117 amendments proposed by the Serbian Church.