Natalya Mihailova | 22 January 2015
January 21, 2015 – The 23d International Educational Christmas Readings under the theme ‘Prince Vladimir. Rus’s Civilizational Choice’ were opened in a solemn ceremony at the State Kremlin Palace in Moscow. The ceremony and the plenary session were led by His Holiness Patriarch Kirill of Moscow and All Russia. 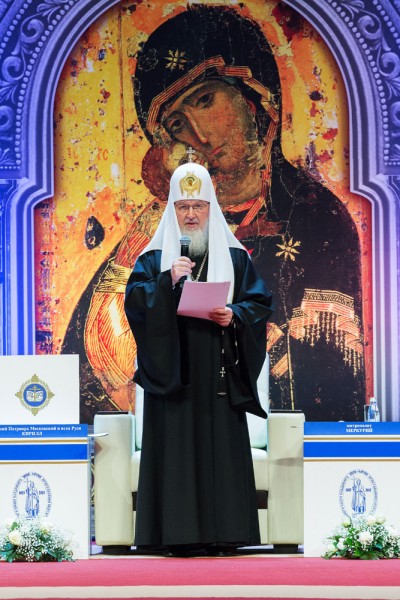 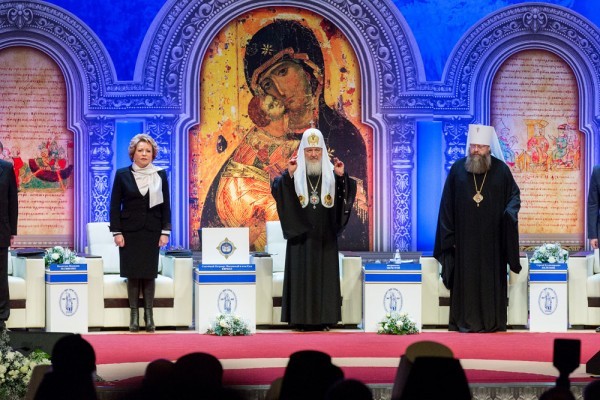 The opening of the Readings brought together over 6 thousand people including members of the Holy Synod and Supreme Council of the Russian Orthodox Church, heads of metropolias, diocesan bishops, representatives of Local Orthodox Churches, members of the Inter-confessional Council in Russia, Moscow city officials, diplomats, Presidential regional envoys, leaders of federal organizations, presidents and representatives of 130 higher educational institutions inside and outside Russia, as well as clergy and educators. 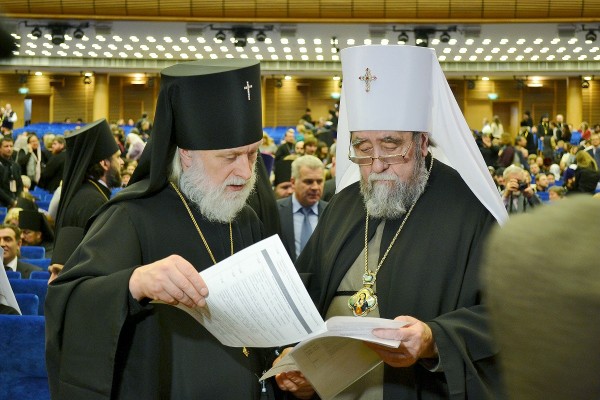 The Readings will be attended by over 15 thousand people from countries of the canonical presence of the Russian Orthodox Church. There will be over 150 conferences, round tables, presentations, master classes. Participants will have an opportunity to share their experience, to present innovations in education, religious and moral enlightenment, missionary and catechetical work, social work with young people and prisoners, relations with compatriots, church-society cooperation, work with the mass media and many other areas. 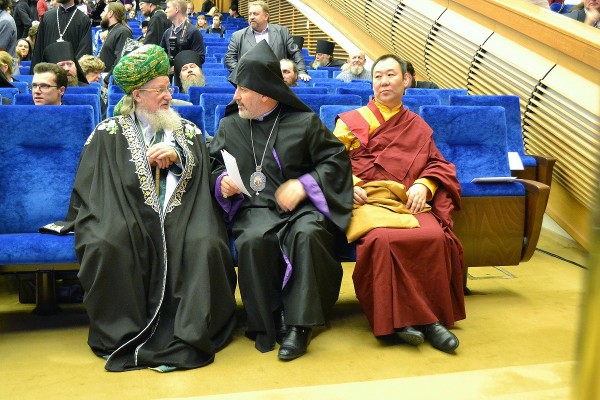 Patriarch Kirill delivered a keynote speech. Mr. Beglov brought a message of greetings from President Putin. Ms Matvienko addressed the forum on behalf of the Federation Council. Mr. Medinsky read out a message from Prime Minister Dmitry Medvedev. Among the key speakers were also Ms. Verbitskaya and Metropolitan Merkury. 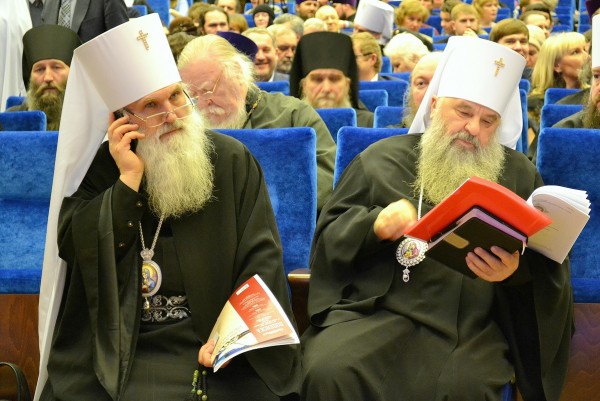 The ceremony was accompanied by video materials on such topics as the Church’s educational ministry and church-state cooperation as well as reels on ‘Moscow Meets the Participants in the Christmas Readings’ and ‘Prince Vladimir. The Baptism of Rus’”.

The official part of the opening was crowned by a concert.

The plenary session was broadcast by the Soyuz TV channel and Patriarchia.ru