Source: Interfax-religion
Natalya Mihailova | 26 December 2016
Moscow, December 26, Interfax - Patriarch Kirill of Moscow and All Russia prayed for the repose of all those dead in the air crash in Sochi. 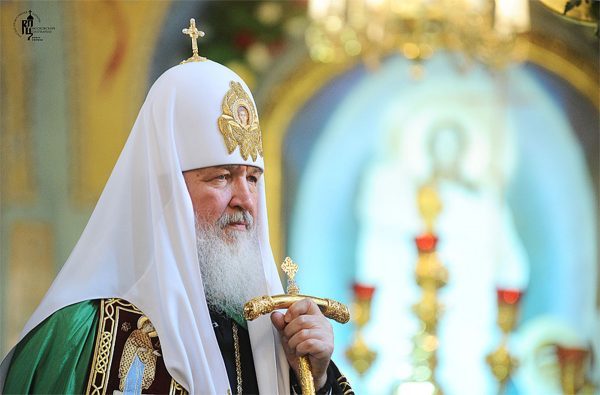 Head of the patriarchal press service priest Alexander Volkov told the journalists that the commemoration prayer was lifted up on Sunday in the morning during the patriarchal service in St. Spyridon Church in Moscow district Nagatinsky Zaton.

Later, the press service spread the patriarch’s condolences to relatives of the victims.

“My heart was filled with pain when I heard tragic news about the crash of the plane of the Russian Defense Ministry in the Black Sea aquatory,” he said.

Patriarch Kirill noted that those who were onboard went to Syria to congratulate Russian soldiers on the coming New Year and Nativity and “support them in their difficult military service.”

“May the Lord comfort all those who were touched by this horrible tragedy and strengthen the relatives of those dead to go through the trial,” the letter of condolences reads.

Most viewed articles
The Tangled Web98
Love Endures When All Else Fails70
His Beatitude Patriarch Theophilos III of Jerusalem and All Palestine visits Russian Gethsemane69
The Joy of Giving and Serving Others68
Patriarch Daniel: The Tabor Light, perceived by the Hesychasts, is sought by every Christian enlightened at baptism57
Church Damaged during WWII Restored in Serbia46
First Virtual Museum of Roma Holocaust in Romania, Created by MNIR37
Restoring Our Humanity Through the Eucharist14
Most popular authors
Pravmir.com team115
Archpriest Stephen Freeman98
Aurelian Iftimiu94
Archpriest Basil Ross Aden70
Priest Luke A. Veronis68
Fr. Gabriel Bilas14