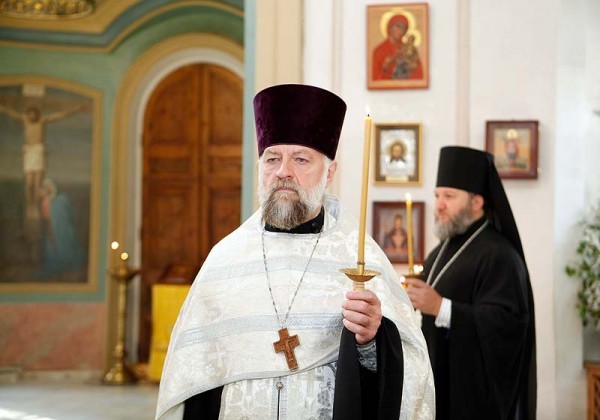 The St. John Russian Orthodox Cathedral in Washington, D.C., held a memorial service for the victims of the recent Tu-154 plane crash over the Black Sea and the slain Russian ambassador to Turkey on Sunday afternoon.

“We pray for the souls of doctor Yelizaveta Glinka, members of the Alexandrov Ensemble and others, who died in the plane accident above the Black Sea a week ago. We also pray for the Russian Ambassador to Turky, Andrei (Karlov), who was killed slightly more than a week ago,” Archpriest Victor Potapov told the crowd.

The Russian Ambassador to Turkey, Andrei Karlov, was shot dead on Dec. 19 while delivering a speech at the opening ceremony of a photo exhibition. According to Turkey’s authorities, the attacker was a former police officer, he was killed on site by security forces. Russia’s foreign ministry called it a terrorist act while the Investigative Committee opened a criminal case designating Karlov’s assassination as an act of international terrorism.

A Tu-154 plane from Russia’s Defense Ministry crashed in the early morning hours of December 25 shortly after taking off from the Black Sea resort of Sochi. There were 92 people on board, including eight crew members and 84 passengers. Among those on the fatal flight was the Executive Director of the Spravedlivaya Pomoshch (Fair Aid) charity fund, Elizaveta Glinka, better known to the Russian public as Dr. Liza, as well as military servicemen and nine reporters from Russia’s Channel One, Zvezda and NTV networks.