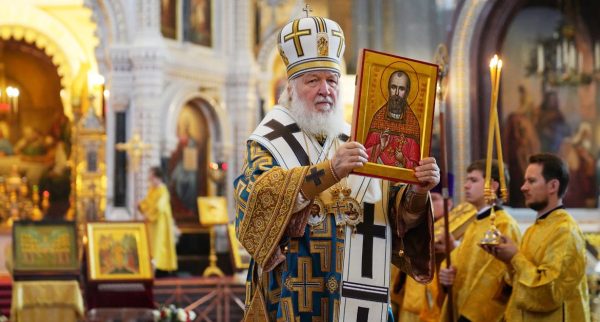 His Holiness Patriarch Kirill of Moscow and All Russia presided over the glorification of Archpriest Mikhail Soyuzov (+ 1922) among the saints in the Cathedral of Christ the Savior in Moscow on September 4, 2022.

The Holy Confessor Mikhail Soyuzov was included in the Synaxis of New Martyrs and Confessors of the Russian Church by the decision of the Holy Synod on August 25, 2022. The glorification took place during the Sunday Liturgy, reports the official website of the Russian Orthodox Church. 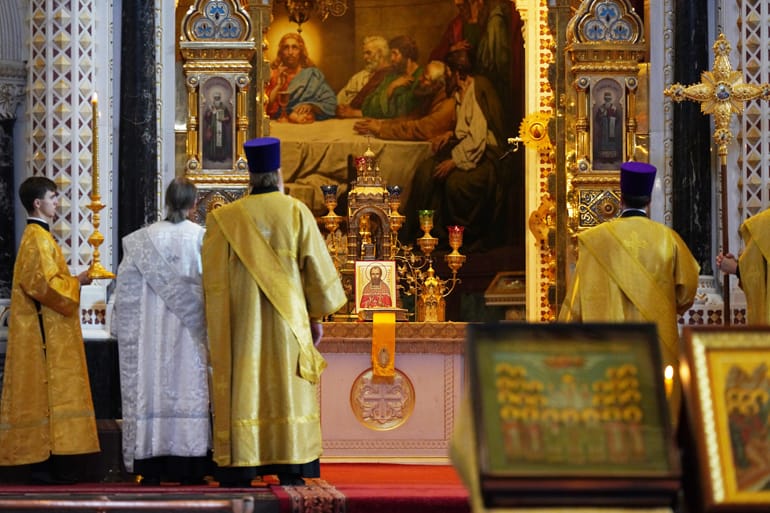 At the small entrance, Archpriests Mikhail Ryazantsev and Vladimir Vorobyov carried the icon of the saint from the altar. Then Archpriest Andrei Bondarenko announced the decision to include Archpriest Mikhail Soyuzov in the list of names of the Synaxis of New Martyrs and Confessors of the Russian Orthodox Church.

According to this decree, the memory of the Holy Confessor Mikhail Soyuzov will be celebrated on the day of his death – October 19 (/October 6).

In the case of finding the remains of the clergyman, they will be considered holy relics and they must be given due veneration. 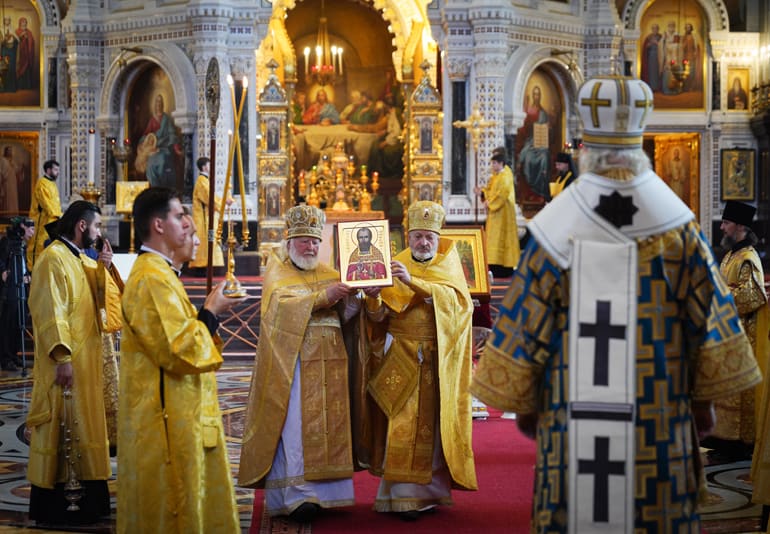 In addition, icons for worship will be painted for the newly glorified saint, in accordance with the VII Ecumenical Council.

After the reading of the life of the clergyman while the troparion was sung by the choir, Archpriests Mikhail Ryazantsev and Vladimir Vorobyov handed over the saint’s icon to His Holiness Patriarch Kirill.

While the chorus sang the Praise, the Primate of the Russian Orthodox Church blessed the believers with the image of the glorified saint, after which the icon was placed on the lectern for veneration. 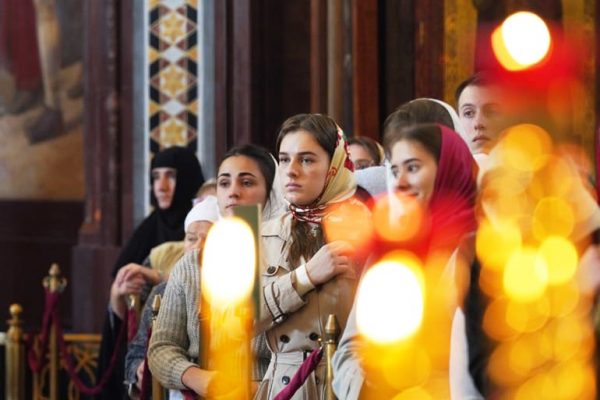 Troparion and praise to the Holy Confessor Mikhail Soyuzov

The Holy Confessor Father Mikhail, / in the days of the godless persecution against the Russian Church / abuse, imprisonment, exile and hard labor, / you endured all for the sake of Christ, / and nothing separate you from the love of God. / Having lived piously in the world, / you testified to the Lord Jesus Christ, / pray to him that our souls be saved.

We praise you, / Holy Confessor Mikhail, / and honor your holy memory, / you pray for us / to Christ our God. 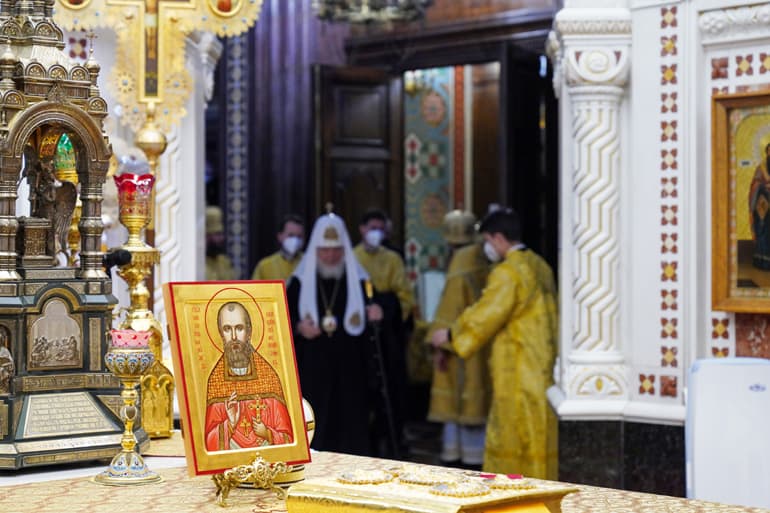 Mikhail Feodorovich Soyuzov was born on May 12, 1869 in the Novgorod province in the family of a priest of the Novgorod diocese.

During the campaign launched by the authorities to seize church valuables, unrest occurred in the Prince Vladimir Cathedral on April 19, 1922. Contrary to the appeals of Archpriest Mikhail, the cathedral’s rector, some parishioners opposed the officials. On May 20, 1922, Archpriest Mikhail Soyuzov was arrested.

On July 5, 1922, Archpriest Mikhail Soyuzov was sentenced to 3 years in strict isolation in prison. On October 19, 1922, he died in the prison hospital. He was buried at the Smolensk cemetery, not far from the Chapel of St. Blessed Xenia of St. Petersburg.