Source: TASS: Russian News Agency
"The Patriarch’s visit can be described as an historic one," Archbishop Elisey of Sourozh said
Natalya Mihailova | 10 October 2016 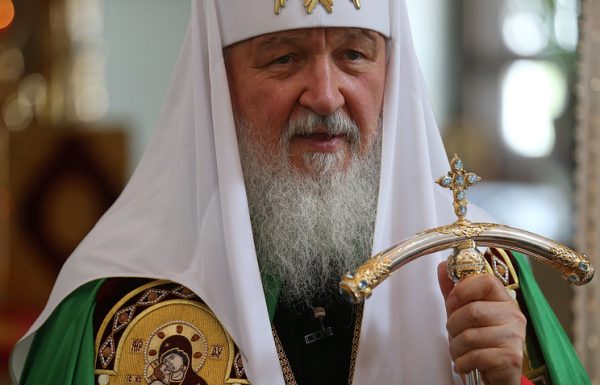 LONDON, October 5. /TASS/. Historic visit to Britain by the Patriarch of Moscow and all Russia Kirill I makes it possible to assess the contribution of the Russian Orthodox Church to the establishment of Eastern Orthodox Christianity in Britain, Archbishop Elisey of Sourozh told TASS on Wednesday in connection with the visit scheduled for October 15-18.

“The Patriarch’s visit can be described as an historic one because is take place in the year that marks the 300th anniversary since the consecration of the first Russian Orthodox church in London,” His Eminence Elisey said. “This was the starting point for the presence of Russian Orthodoxy on the British Isles.”

“Over this period, several generations of the British and Irish had an opportunity to take a different outlook at the Russian spiritual culture and, on top of that, at their own past,” he said. “The people living here some 1,500 years ago were Orthodox Christians and many saints became resplendent on these islands with their prayers and brought the Orthodox testimony here.”

Events devoted to the 300th anniversary since the start of presence of the Russian Orthodox Church in Britain is marked during the entire year, the bishop said.

“A range of official functions devoted to the anniversary was organized this year and the diocesan conference, which traditionally gathers clerics and laymen from all the parishes of the Sourozh diocese, and also guests from Russia and Europe, was one of them,” he said.

The Russian Church is represented by the Sourozh diocese. Its founding dates back to 1962 and is linked to the efforts and pastoral service of Metropolitan Anthony (Blum), one of the most highly venerated clerics and theologians in the contemporary Eastern Orthodox Church.