A Photo Album about Pastoral Trips of Patriarch Kirill Issued 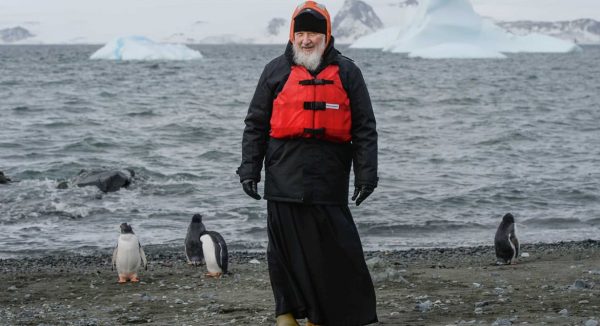 A commemorative photo album “Their voice has gone out to all the earth…” dedicated to the pastoral visits of Patriarch Kirill to remote regions of Russia, as well as other countries has been published.

“Their voice has gone out to all the earth…” Photo: monasterium.ru.

In addition, the album tells about Patriarch Kirill’s visits to monasteries, including the restored monasteries and newly founded ones, and “about visiting the regions which the bishops of the Russian Church had never been to before.”

It is noted that “the Patriarch’s words and sermons addressed to parishioners of churches, residents of monasteries, representatives of fraternal Churches and secular authorities, and compatriots abroad hold the central place in the album.”

“Meetings with Patriarch Kirill in these years have become historic events for hundreds of thousands of people,” the message on the website emphasizes.

The photo album was published by the publishing house of the Danilov Monastery in Moscow under the general supervision of the abbot of the monastery, Bishop Alexy of Solnechnogorsk. The album was printed in the printing house of the Publishing and Printing Center of the Holy Trinity St. Sergius Lavra.