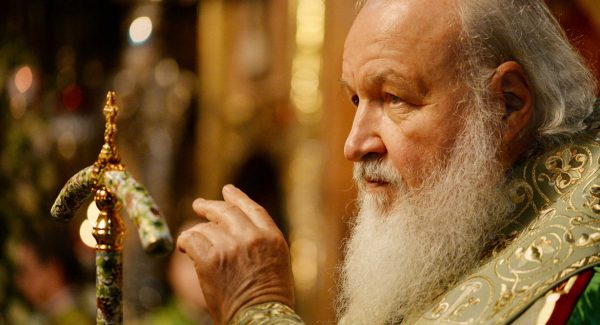 Our ancestors abandoned man-made idols during the Baptism of Rus, but today many believers worship new idols said His Holiness Patriarch Kirill of Moscow and All Russian.

“With the Baptism of Rus, idols disappeared, and people began to worship the one true God <…> The most important thing was probably that our ancestors abandoned idols – false gods,” said the Primate of the Russian Orthodox Church on the feast of the Baptism of Rus on July 28 after the Divine Liturgy in St. Alexander Nevsky Skete near Peredelkino.

However, His Holiness Patriarch Kirill continued, if you think about what is happening in society today, analogies with ancient idolatry arise.

“The ancients worshiped man-made gods, but what do people worship today? First of all those who are deprived of faith in God, faith in Christ, but not only them, because many Christians worship new idols,” said Patriarch Kirill.

His Holiness noted that “today the mass media impose certain tastes, a style of behavior, so that we are taught to worship idols again,” and added that, for example, “a certain image of a person is being formed, the main value of which is not in love, not in spiritual joy, not in purity of thoughts and life, but in strength; and many other factors affect consciousness today, forcing the worship of false gods, idols.”

“Idolatry has not gone anywhere, and therefore the fight against idols remains relevant,” the Patriarch emphasized, inviting every believer to ask themselves a question: do they worship “some idols and pagan gods, attention to which pushes the genuine saving faith in One True God and Jesus Christ sent by Him to the periphery?”

“And this question, directed to oneself, to one’s conscience, should help us understand: are we idolaters, even if we formally belong to the heirs of the Holy Equal-to-the-Apostles Grand Duke Vladimir?” added Patriarch Kirill.

The Primate of the Russian Church wished that the recollection of the “epochal historical event” – the Baptism of Rus’ – would help people to think about “whether we are truly the heirs of Holy Rus or whether we fell into idolatry, so powerful in ancient times and no less influential today.”

“May God grant that we, people of the 21st century, can free ourselves from the influence of false gods, those idols whose worship brings death to the soul and often sickness to our body,” concluded His Holiness Patriarch Kirill.