Patriarch of Jerusalem Theophilos Encourages Students to Enlightenment “In Christ”

True education is called to educate a person both spiritually and morally.
Pravmir.com team | 11 November 2021 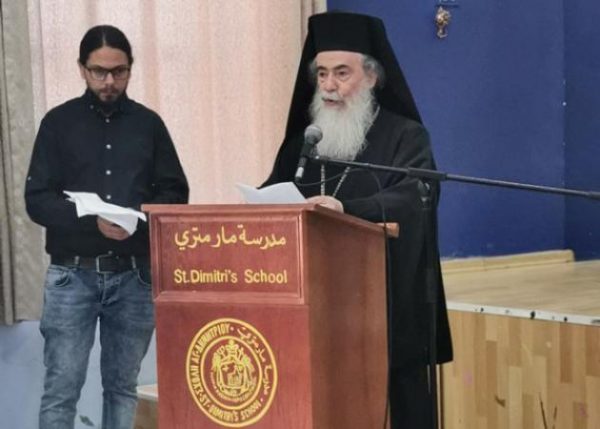 Enlightenment in Christ exceeds the capabilities of one’s intellect and raises the mind of a person to comprehend the glory of God said His Holiness Patriarch Theophilos III of Jerusalem during his visit to the Patriarchal School of St. Demetrius, which took place on November 8, 2021, on the commemoration day of the Great Martyr Demetrius of Thessaloniki, the Patron Saint of the educational institution, reports jerusalem-patriarchate.info.

The Primate of the Jerusalem Orthodox Church emphasized that true education is called to educate a person both spiritually and morally. Patriarch Theophilus noted that the love of young Demetrius for the truth was not limited to the study of Greek philosophy alone, but extended mainly to the knowledge of Christ and the Gospel.

He wished the students of the Patriarchal School success in their studies and perception of the truth.

The Patriarchal School of St. Demetrius is located on the territory of the Monastery of Equal-to-the-Apostles Constantine and Helena in Jerusalem. The educational institution unites a six-grade elementary school, a gymnasium and a lyceum. Initially, the school was taught in Greek, now the educational process is adapted mainly for the Arabic-speaking flock of the Jerusalem Patriarchate.