Patriarch of the Serbian Church To Be Elected on February 18 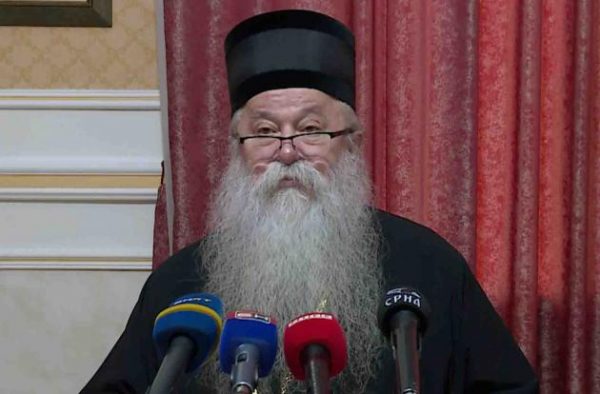 Metropolitan Hrisostom of Dabar-Bosnia, temporary head of the Serbian Orthodox Church, spoke about how the new patriarch will be elected.

He said that the elective Council of Bishops of the Serbian Church will hold a meeting on February 18, 2021. The new patriarch will be elected on the same day, because according to the Statutes of the SOC, the Patriarchal See cannot stay vacant for more than three months, reports Mitropolija.

As for the procedure for electing the 46th Patriarch of the Serbian Orthodox Church, first the bishops will choose three candidates, then three envelopes with their names will be placed in the Gospel, and one of the three envelopes must be taken out by a monk known to be a great spiritual father. His name will be announced by February 10. In the past, these were monks Anthony from the Tronosha monastery and Gavrilo from the Lepavin monastery, who elected, respectively, Patriarch Paul and Patriarch Irenej.

“The Church acts in such a way to protect itself from the influence of external, non-church factors,” Metropolitan Hrisostom emphasized, noting that the role of the Patriarch in Serbian society is extremely great – he is a symbol of the unity of the Church.

“We express our will, and God will tell us who it will be,” said the metropolitan.

The new Patriarch will be enthroned in the Belgrade Cathedral of St. Michael the Archangel on the second or third day after his election. The official enthronement ceremony will also take place in the Patriarchate of Peć  (Kosovo).

It was reported before that His Holiness Patriarch Irinej of Serbia passed away on November 20, 2020, at the age of 91.