Patriarch Irinej of Serbia Reposes in the Lord 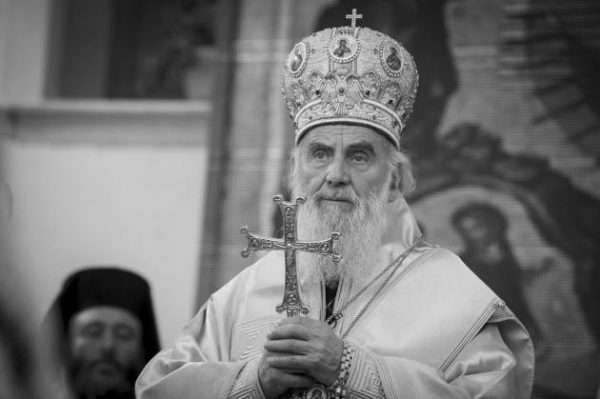 His Holiness Patriarch Irinej of Serbia reposed in the Lord this morning at 7:07 AM in the Karaburma Military Hospital in Belgrade, reports the official site of the Serbian Orthodox Church.

The Patriarch was 90 years old. He served as a hierarch of the Serbian Church for 46 years, and nearly 11 years as Patriarch. Though several hierarchs have already succumbed to complications from COVID-19, Patriarch Irinej is the first Orthodox primate to depart to the Lord. His repose comes just 5 days after the anniversary of the repose of his predecessor, Patriarch Pavle.

His Holiness Irinej was hospitalized on November 4 after he tested positive for the coronavirus. His condition fluctuated over the past two weeks as his chronic heart fatigue worsened, and yesterday the Serbian Orthodox Church reported that his health had seriously deteriorated, after which he was intubated.

Details regarding his funeral will be announced soon.

“It was an honor for me to know,” Serbian President Aleksandr Vučić wrote on Instagram. “People like you never depart.”