Metropolitan Onuphry: Goal of Spiritual Feat Is to Attain Grace of the Holy Spirit

Source: Union of Orthodox Journalists
Attainment of the Holy Spirit will not only help a person lead an earthly life with dignity, but also will grant eternity in the Kingdom of Heaven.
Pravmir.com team | 04 August 2019 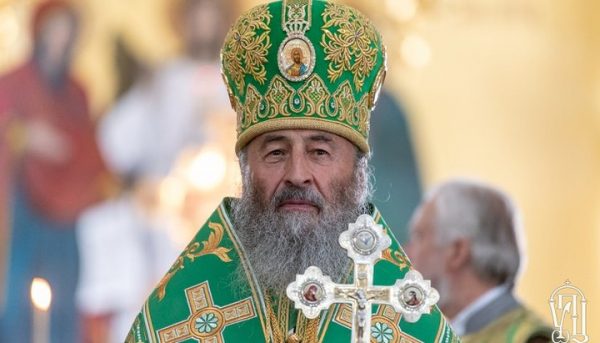 The whole life of Monk Seraphim of Sarov was an answer to all disputes about the true purpose of human life on earth, noted the Primate of the Ukrainian Orthodox Church, His Beatitude Metropolitan Onuphry of Kiev and All Ukraine during the sermon on the day of the saint’s memory. This was reported by the Information and Education Department of the UOC.

According to His Beatitude, it was the Venerable Seraphim of Sarov who “showed with his life how man can and should live on earth”.

“All the deeds that a person commits in praying, repenting, and helping the weak are means to humble oneself. And when we humble ourselves before God, then God gives us grace. What is God’s grace? It is a force that not only gives us life, but which strengthens us, makes us worthy of the title of human; it is a force which comforts us, relieves our illnesses, helps us endure, love and forgive,” His Beatitude Onuphry explained.

Concluding his sermon, the Primate wished us to perform our spiritual feat on earth “so that it would lead us to humility, while humility, in turn – to attaining the Holy Spirit, which would not only help us lead a worthy earthly life, but also ordain eternity in the Kingdom of Heaven.”

As reported by the UOJ, celebrations are held at the Belaya Tserkov Eparchy in honor of the 25th anniversary of its founding. Festive Divine Liturgy in the Transfiguration Cathedral of Belaya Tserkov was led by His Beatitude Metropolitan Onuphry.