Patriarch Porfirije of Serbia Addresses the Faithful of the UOC

The Primate of the Serbian Orthodox Church is concerned about the violation of church order in the country.
Pravmir.com team | 21 May 2021 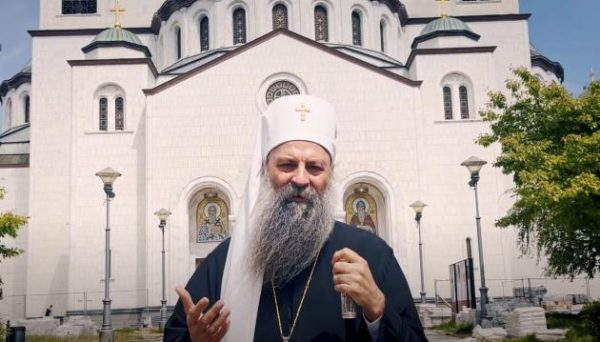 Patriarch Porfirije noted that the Serbian Patriarchate has consistently supported the canonical Ukrainian Orthodox Church and expressed concern about the violation of church order in Ukraine.

“We – Orthodox Serbians – perceive the Orthodox Ukrainian people and all Orthodox Christians as our brothers. Meanwhile, our concern about order is not an expression of our attitude towards someone with more sympathy, and towards someone with less sympathy. The canonical order is a condition without which we, as Orthodox Christians, cannot testify about our Lord and Savior in the correct way,” said the Serbian Patriarch.

Therefore, he continued, it is very important to secure the canonical order in Ukraine, which is in crisis today.

“The jurisdiction of the Ukrainian Orthodox Church headed by Metropolitan Onuphry will be supported by our Church and this will be evidence of the unity between Orthodox Christians,” Patriarch Porfirije stressed.

The video message of the Primate of the Serbian Orthodox Church was recorded after his meeting with the Chancellor of the Ukrainian Orthodox Church, Metropolitan Anthony of Borispol and Brovary, which took place in Belgrade on May 19, 2021.