Patriarch Porfirije of Serbia: The Mission of the Church Is to Build Peace 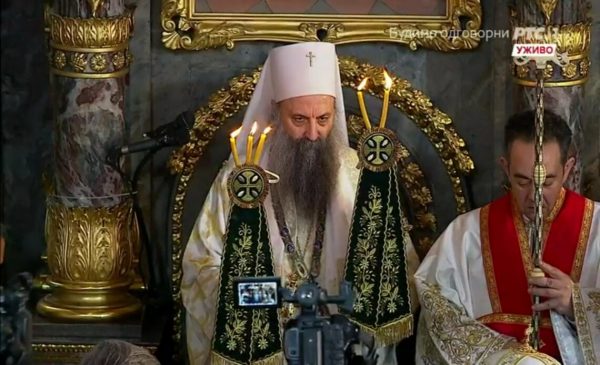 Metropolitan Porfirije officially became the 46th Patriarch on the Throne of St. Sava, after his enthronement as the new Archbishop of Pec, Metropolitan of Belgrade-Karlovac and Patriarch of Serbia.

The Divine Hierarchial Liturgy in the Belgrade’s Cathedral of Holy Archangel Michael was presided over by the newly-elected Hierarch of the Serbian Orthodox Church, Patriarch Porfirije together with the patriarchal archbishops, clergy, and faithful people.

On that occasion, Patriarch Porfirije of Serbia addressed the faithful in his first Patriarchal homily.

“I accept today the fact that I am unworthy of the worship of God, elevated to the Holy and divine throne of St. Sava, on which a worthy communicant of the apostolic seat should sit. I pray to God and I ask all of you to support me in prayer […] that as the 46th Patriarch and the 57th Head of the Serbian Church, the modest successor of my great predecessors. I am the successor of the great Patriarch Makarije Sokolovic and Dimitar Pavlovic. Let us follow the footsteps of wisdom of Patriarch German, Patriarch Paul and Patriarch Irinej. I confess that I have nothing to boast about but my weaknesses. This does not fill me with hopelessness, but with calm and hope that the prayers of all of us, and especially through the prayerful intercession, of my spiritual father, Bishop Irinej of Bac, will help. I want our Serbian Orthodox Church to live its life to the fullest, for every Orthodox Christian to live true freedom, the freedom in Jesus Christ. Christ is our measure, our mover but also our mirror. He is the one who will measure us up. We come to the Church to touch and receive the Cross of Christ, that is the basic task of the Church. It is not social nor political.” 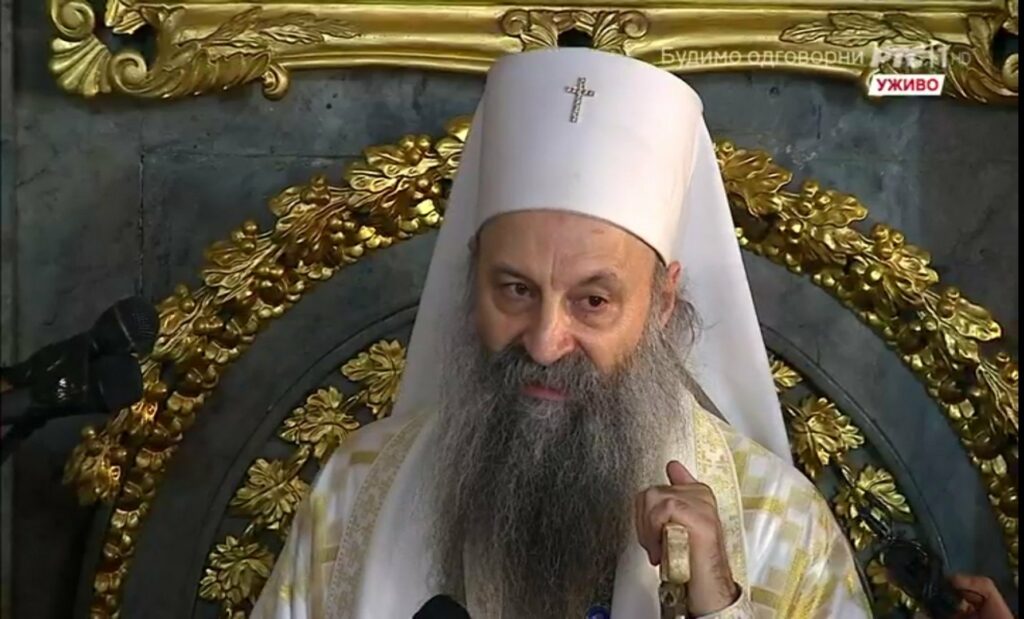 The Patriarch also added: “The mission of the Church is to build peace. If we have the peace of God in us, we will be reconciled with our human beings and we will be reconciled with ourselves. I want to remind you of the Apostle Paul’s request that there was no discord among us, but that we all be perfected in one mind. Be one thought with each other and may the God of suffering and consolation give us the same thoughts among ourselves […] so that we may glorify God with one voice and one mouth. With this, I want to dedicate time to my patriarchal ministry. My program will not contain elements of modern alienation and partial involvement in politics.”

In the end, he pointed out: “On July 2014, I said in Zagreb and I do not give up that I will work on connecting people, on building bridges, on establishing a dialogue with everyone. And through that dialogue, I made friends, and I am convinced that both the Serbian Church and the Serbian people gained them.” 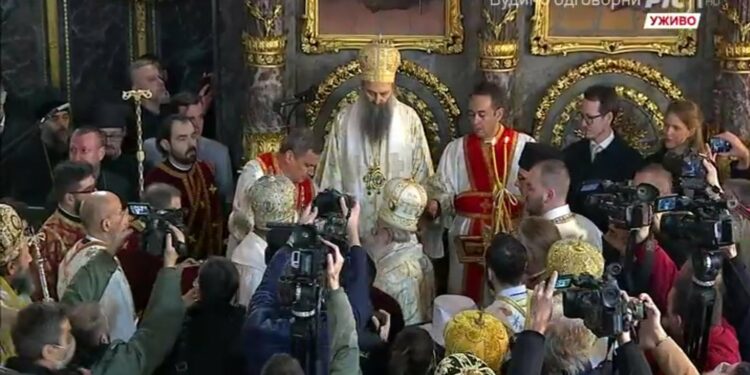