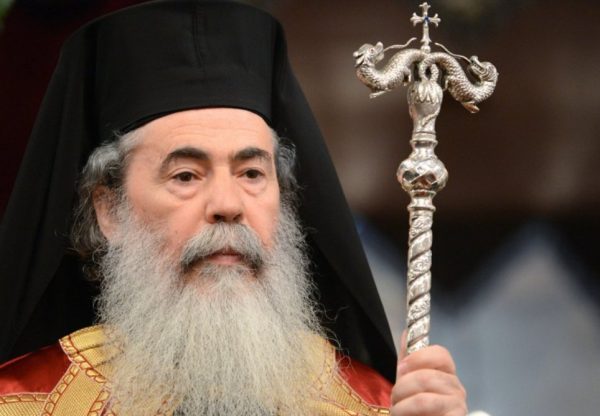 His Beatitude Patriarch Theophilos III of the Holy City of Jerusalem and All Palestine sent a message to the Primates of all Autocephalous Orthodox Churches. The letter was received by His Holiness Patriarch Kirill of Moscow and All Russia.

His Beatitude Patriarch Theophilus noted that he is writing the letter on the anniversary of the meeting of the Primates and delegations of Local Orthodox Churches which took place in Amman, the capital of Jordan, on February 26, 2020. One of the main goals of that meeting was to find solutions to the Ukrainian crisis.

«One year ago this week, we gathered in the Hashemite Kingdom of Jordan to build our common fellowship in the pursuit of a dialogue of love for the sake of the unity of the Local Orthodox Churches. After two days of prayer and fraternal discussion, we emerged with greater determination to pursue deeper communion, and to address our common challenges together», – stressed the Primate of the Church of Jerusalem.

His Beatitude assured that he is praying for a new meeting of the Primates to take place this year, initiated by the participants of the meeting in Amman a year ago: «As we look forward to brighter days this year, we are reminded of our common commitment to gather for prayer and fellowship. We pray that this may be possible later in this year».

«Let us continue to uphold one another in prayer, and seek ways in which our Local Orthodox Churches might bring hope, blessing, and joy to one another. For Saint Paul says, Bear one another’s burdens and so fulfil the law of Christ (Gal. 6:2)» – wrote His Beatitude.

Noting that the previous meeting of the Primates took place on the brink of a global disaster in the field of healthcare, the Patriarch of the Orthodox Church of Jerusalem asked for prayers from his Brothers and assured that he would continue to offer prayers for them «from the Life-Giving Tomb of our Lord Jesus Christ».

«This pandemic, – concluded His Beatitude, – has required us all to look to our own communities, those whom God has called us to serve, to lift up their hearts from despair and turn to the Lord who gives us hope.».