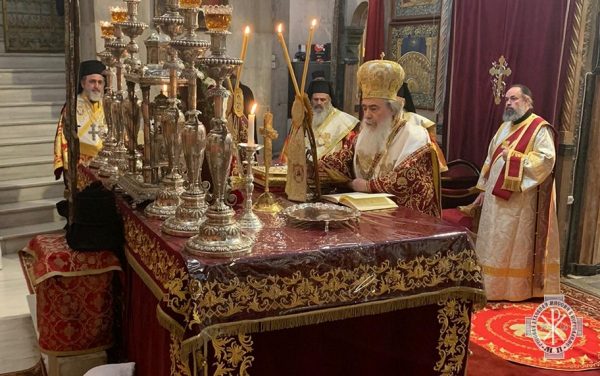 On March 27 the Greek Orthodox Church of the Patriarchate of Jerusalem celebrated the name’s day of her Primate, His Holiness Patriarch Theophilos III of Jerusalem. Among the participants in the celebrations were Archimandrite Alexander (Yelisov), Head of the Russian Ecclesiastical Mission in Jerusalem, and Abbess Catherine (Chernysheva), Mother Superior of the Gornensky Convent in Ein Karem, reports mospat.ru. 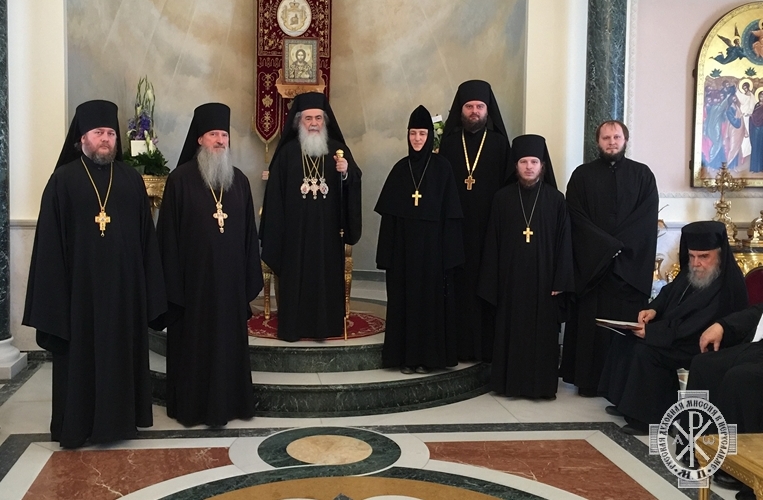 Representatives of the Russian Ecclesiastical Mission also read out congratulations on behalf of His Holiness Kirill, Patriarch of Moscow and All Russia, and on behalf of Metropolitan Hilarion of Volokolamsk, Chairman of the Department for External Church Relations of the Moscow Patriarchate. 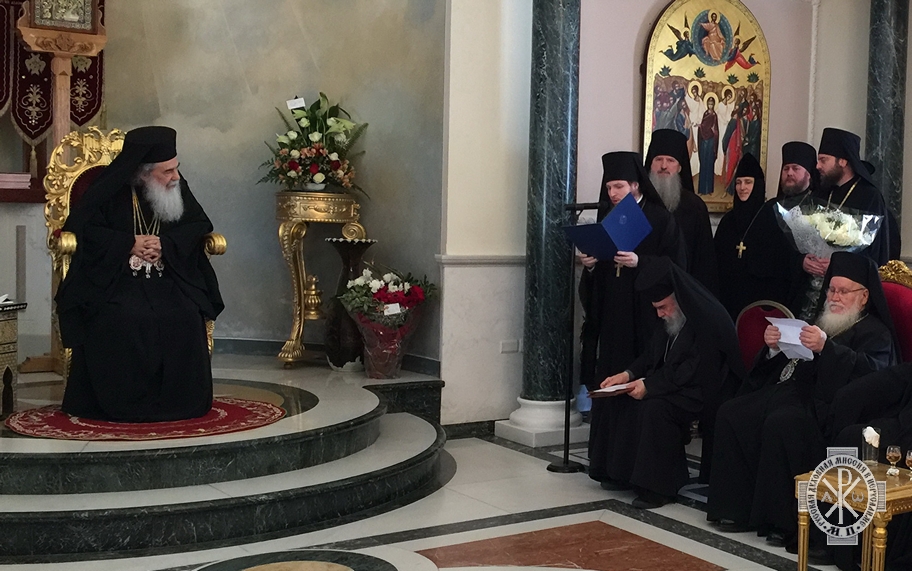 Then the representatives of the Russian Ecclesiastical Mission personally congratulated the Primate of the Jerusalem Patriarchate on his name’s day and asked him for his blessing to work further in the field of church diplomacy, while the sisters of the Gornensky Convent sang “Many Years” to His Beatitude. 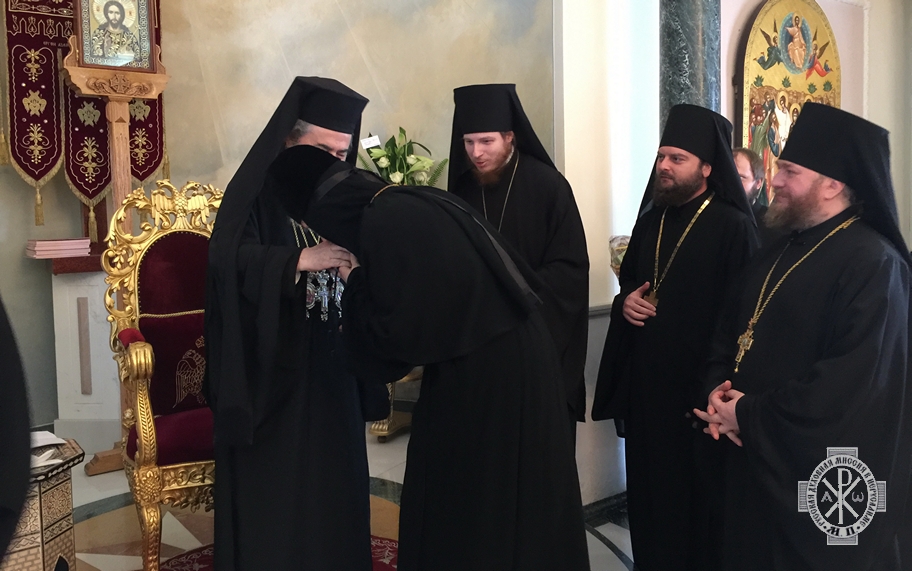