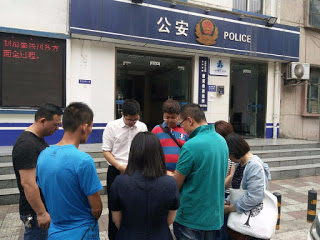 Those older than the Millennial generation can remember extreme Christian persecution in China during the Cultural Revolution. Mao Zedong, Former Chairman of the Communist Party in China, banned all religious activity with horrific consequences.

After the revolution ended in 1976, persecution started to go down. However, this year, The Voice of the Martyrs’ Todd Nettleton says Christian persecution in China has gotten worse again. Much worse.

“What we’re seeing in China is an increase in the level of persecution against house churches — or family churches as they call them — as well as registered churches.”

Control and the Communist Party 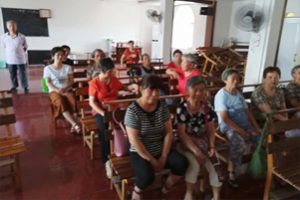 These believers have been asked to replace their cross. (Header photo, photo, caption courtesy of ChinaAid)

Reports are coming out about Chinese churches being forced to take down crosses and display Chinese flags and pictures of Chinese President Xi Jinping. Last month, 34 house churches in Beijing released a statement detailing the harassments they received at the hands of government officials.

Churches — even registered ones — have been forced to close in multiple provinces. Some congregations have been required by local government authorities to ban children from attending.

VOM shares a good relationship with ChinaAid as both ministries seek to encourage and advocate for the persecuted Church in China. Bob Fu, the president of ChinaAid, recently visited VOM’s offices and Nettleton says he shared this update from a Chinese pastor:

“The authorities came in [the pastor’s church] and said, ‘We’ll allow your church to continue meeting, but in order to do so, we want to put a facial recognition camera on your platform facing out at the congregation so we can monitor who is coming to church and who is here every week.’ The pastor flatly said, ‘No, we’re not going to do that,’ and the authorities said, ‘Okay, well then you can’t meet anymore.’

“We’re just seeing the level of control ratchet up by the government and the pressure against the Church get higher and higher.”

The Chinese government implemented restrictive religious laws earlier this year requiring religious groups to get government approval for all religious activity, even in personal homes or in the pursuit of theological degrees. 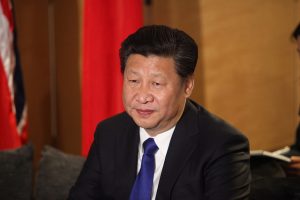 President Xi has suggested that religious groups do not conform well to Communist ideals and are therefore a threat to the government. He has pushed for religions to become more “Chinese-oriented.”

Additionally, China dropped presidency term limits in February — the same month that stricter religious laws were implemented — which means Xi is now allowed to maintain his position as president indefinitely.

Nettleton says now with Christian persecution increasing, “It does seem to be connected to that. You know, we talked about that earlier this year when those laws came into effect. Okay, what does this mean? And the answer at that time was, ‘We don’t know yet. We will see how these laws are implemented.’ I think what we’re seeing is this is how they are being implemented. The Communist party, the Chinese government wants utter and complete control of all religious expression, all religious gatherings within the entire country and they are not satisfied with anything less than that.”