“Christians Face a Genocide That Is Without Precedence” 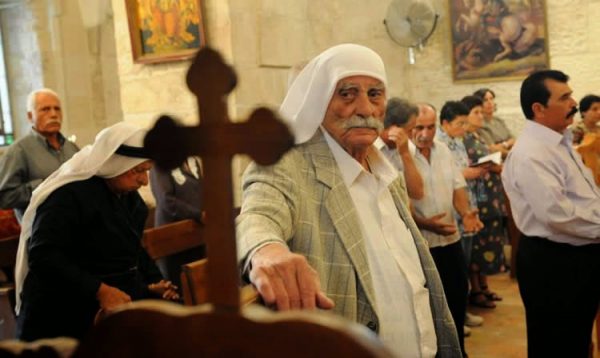 Assyrian, Coptic, and Antiochian Christians are suffering some of the worst persecution in history. Christians are leaving the Middle East by the hundreds of thousands, and those who can not leave are facing a genocide that is without precedence, yet the West continues in a state of denial. Linked to the above is the growing problem of Muslim youth engaging in jihadist terror activity that is being brushed off in the West. Anyone who dares speak out is accused of being “Islamophobic”, forgetting what the root word, “phobic” means. We dare not speak the fact that the root of the problem resides within Islam itself.

It is time we speak out in defense of our fellow Christians in the Middle East, as that which is happening in Islamic countries is now becoming standard fare for the West. The jihadist attacks taking place in the cities of Western Europe, are not happening because Westerners have failed to demonstrate the superiority of their Western culture, but because the Quran is filled with directives to kill “unbelievers”.

The West will not be safe simply because we refuse to keep our collective heads out of the sand. We must pray for our brothers and sisters throughout the Middle East, and we must speak out in truth, and with courage, lest we be responsible for a genocide that threatens the entire Christian populations in the lands that saw the rise of Christianity in the very beginning. We must not be like the silent German citizens, who refused to speak out when their Jewish neighbors were being rounded up, and sent to the death camps.