Pew: People Who Attend Church are Happier than Those Who Don’t 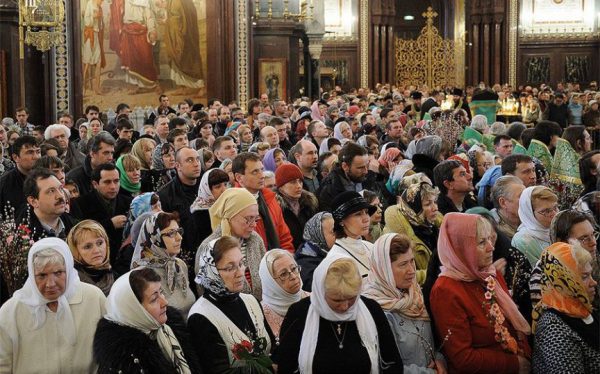 Those who identify with a religious group and regularly attend worship services tend to be happier and more civically engaged than those who do not, a new Pew Research Center survey has found.

A Pew Research Center report released Thursday on religion and well-being found that religious attendance — rather than religious affiliation — was consistently linked to higher levels of happiness than for those around the world who claim no faith.

In the United States specifically, 36 percent of actively religious people said they were “very happy” compared to only 25 percent of “unaffiliated” or “inactive” churchgoers.

Religious habits also make a major difference when it comes to the overall health of individuals, the study found. Among Americans who identify as Christian or another religious tradition and attend services at least once a month, 85 percent don’t smoke, compared to 74 percent of the religiously unaffiliated and 72 percent of those who attend services less often.

Additionally, Pew researchers found that when it comes to measuring civic participation, people who are actively religious are also more likely to be active in voluntary and community groups.