A letter of Pat. Bartholomew to Met. Onufry is published, in which Phanar says that in case of refusal to take part in the “council,” the UOC head will be a schismatic.
Pravmir.com team | 09 December 2018 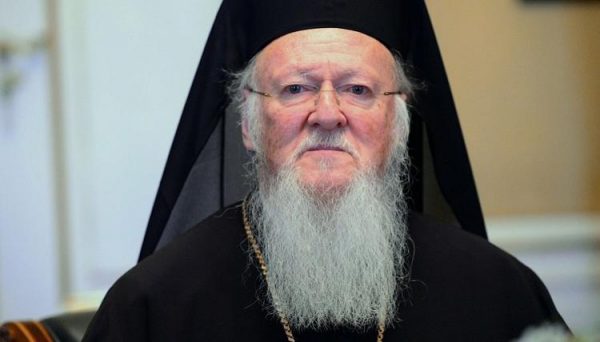 Patriarch Bartholomew sent a letter to His Beatitude Metropolitan Onufry urging him, “willingly, in the spirit of harmony and unity with the hierarchy subordinate to you,” to take part in the “unification council” to be held on December 15 in the St. Sofia temple, reported the Union of Orthodox Journalists. The leader of Phanar reports that Metropolitan Onufry “is obviously allowed to be a candidate” for the position of the head of the new structure.

At the same time, Patriarch Bartholomew warns His Beatitude that at the moment he only allows him to be the Metropolitan of Kiev “in a form of oikonomia and condescension”. However, in case he refuses to participate in the “council”, His Beatitude Onufry, according to the Phanar’s decision, will cease to be the Metropolitan of Kiev: “Returning now to the same issue through this Patriarchal Letter and addressing you as the “eminent Metropolitan of Kyiv”, in a form of oikonomia and condescension, we notify you that after the election of the Primate of the Ukrainian Church by the clergy-laity body, you will not be ecclesiologically and canonically able to bear the title of the Metropolitan of Kyiv, which, anyway, you possess today in transgression of the prescribed conditions in the official documents of 1686.”

The head of Phanar also “exhorts “His Beatitude Onufry“to rise to the occasion” and “to be in communion with the former Metropolitan of Kiev Filaret and the former Archbishop of Lviv Makariy and those with them, since they have been properly restored by us to the episcopacy, but to their rank and title, through our positive judgment upon the petitions of appeal they had repeatedly submitted to us.” Patriarch Bartholomew claims that the restoration of the above-mentioned citizens to their rank “is not a legalization of schisms, but a chance to heal them as in the case of the schism that has tormented the beloved Ukrainian people for three decades.”

At the request of the UOJ, the above letter was commented by the spokesman of the UOC, Protopriest Nikolai Danilevich, who called this message of Phanar a run-up to the raider seizure of the Church:

“In fact, we are on the threshold of a global church raiding on a pan-Orthodox scale, when the canonical Church, headed by His Beatitude Metropolitan Onufry, will be declared non-canonical, while the schismatics will be legalized and proclaimed canonical. This is a challenge for the entire Orthodoxy, since nothing of the sort has happened for over the nearly 2,000-year history of the Church. Therefore, to date, more than ever before, the unity of the Church as a whole, and of our hierarchy in particular, is especially necessary.”

Metropolitan Onufry of Kiev and All Ukraine and other bishops of the Ukrainian Orthodox Church who received invitations to the unification assembly have returned them without response to Patriarch Bartholomew, the Union of Orthodox Journalists said, citing a source in church circles.