Serbian Bishop: Not One Local Church Has Yet Supported the Phanar 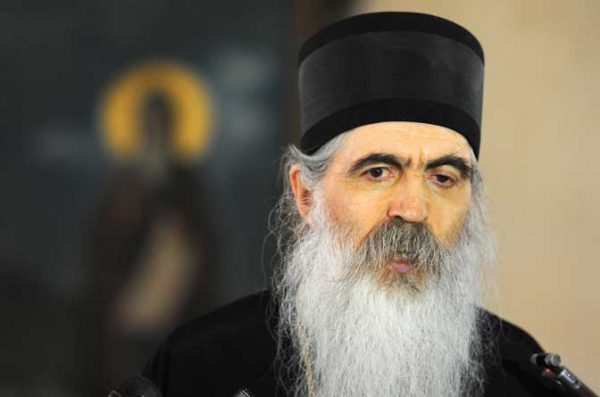 Bishop Irenej of Backa noted that clergymen and church leaders of other Local Churches are critical of the decisions of the Constantinople Patriarchate.

Not one Local Church has yet officially expressed support for the actions of the Constantinople Patriarchate in Ukraine, according to Bishop Irenej of Backa of the Serbian Orthodox Church, in his commentary of November 5, 2018, on the collaboration agreement between Petro Poroshenko and Patriarch Bartholomew.

“As of now not one Local Orthodox Church has officially supported the activity of Constantinople, and in theological circles of all the Churches there is a constant, often aggravated, discussion of this crisis, which has become without a doubt the greatest in the last thousand years,” writes Bishop Irenej.

According to the hierarch, especially contentious is the fact that the Ecumenical Patriarch, without hiding it, is cooperating and communicating solely with lay authorities and politicians in Ukraine, among whom most are supporters of schismatics and Uniates, but refuses to work with representatives of the sister Orthodox Churches.

“Discerning clergymen and theologians ask the question, how is it possible that Patriarch Bartholomew does not recognize canonical decisions of the Russian Church which he previously acknowledged after they were adopted, and which are still recognized as valid by the primates of the Local Churches,” asks Vladyka Irenej. “Especially interesting is how it is possible that an anathematized schismatic has become in the blink of an eye ‘Metropolitan of Kiev,’ even a greater title, ‘Patriarch of Kiev?’”

The bishop notes that the question arises how an ecclesiastical status can simply be “retracted” in another Local Church which for over three centuries the Constantinople Patriarchate never questioned.

“We must pray to God and hope that everyone understands that supremacy in the Church belongs only to our Lord Jesus Christ, and that the unity of the Church is incomparably more important than any ambitions and pretentions,” concluded Bishop Irenej.