Source: Breitbart
Thomas D. Williams, Ph.D. | 04 August 2018
Pope Francis has amended the Catechism of the Catholic Church regarding capital punishment, declaring it “inadmissible” and saying the Church “works with determination for its abolition worldwide.” 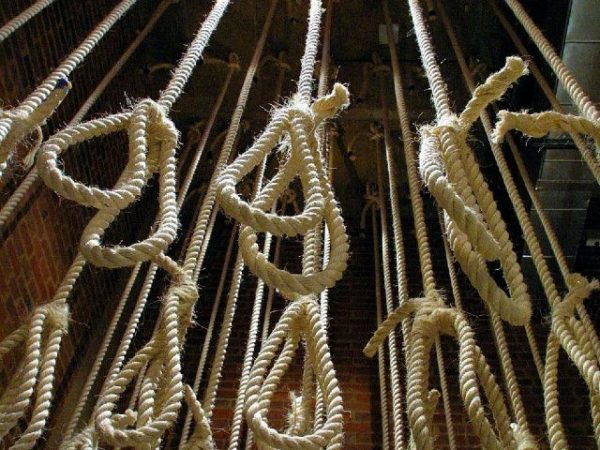 Prior to the changes announced through the Vatican press office Thursday, the Catholic Catechism taught that recourse to the death penalty was not to be “excluded” as a legitimate punishment “if this is the only possible way of effectively defending human lives against the unjust aggressor.”

It further taught, however, that the state should limit itself to non-lethal means whenever possible, since they are “more in conformity to the dignity of the human person,” noting that the cases in which the execution of the offender is an absolute necessity “are very rare, if not practically nonexistent.”

The new text of the relevant number, 2267, recognizes that recourse to the death penalty “was long considered an appropriate response to the gravity of certain crimes and an acceptable, albeit extreme, means of safeguarding the common good.”

It adds that there is today an “increasing awareness that the dignity of the person is not lost even after the commission of very serious crimes” and that more effective systems of detention have been developed, “which ensure the due protection of citizens but, at the same time, do not definitively deprive the guilty of the possibility of redemption.”

“Consequently, the Church teaches, in the light of the Gospel, that ‘the death penalty is inadmissible because it is an attack on the inviolability and dignity of the person,’ and she works with determination for its abolition worldwide,” the text concludes.

Significantly, the amended text does not state that capital punishment is intrinsically evil, calling it instead “inadmissible,” while referring to changed circumstances that would make it so in the current social context.

In an accompanying letter to all the bishops of the Church, the Vatican Congregation for the Doctrine of the Faith explains that the revision emerged from a request by Pope Francis that the teaching on the death penalty be reformulated “so as to better reflect the development of the doctrine on this point that has taken place in recent times.”

Doctrinally, the development “centers principally on the clearer awareness of the Church for the respect due to every human life,” the letter states, citing Saint John Paul II: “Not even a murderer loses his personal dignity.”

In his 1995 encyclical letter Evangelium Vitæ, John Paul had enumerated among the signs of hope for a new culture of life “a growing public opposition to the death penalty, even when such a penalty is seen as a kind of ‘legitimate defense’ on the part of society,” the letter notes.

In a discourse given in Saint Louis, MO, in January 1999, John Paul further referred to “the increasing recognition that the dignity of human life must never be taken away, even in the case of someone who has done great evil,” as a sign of hope.

“Modern society has the means of protecting itself, without definitively denying criminals the chance to reform,” he said, while renewing an appeal “for a consensus to end the death penalty, which is both cruel and unnecessary.”

In 2011, Pope Benedict XVI, as well, the letter notes, encouraged “the political and legislative initiatives being promoted in a growing number of countries to eliminate the death penalty and to continue the substantive progress made in conforming penal law both to the human dignity of prisoners and the effective maintenance of public order.”

For his part, Pope Francis has called capital punishment “unacceptable,” insisting that whatever its form, it entails “cruel, inhumane, and degrading treatment.”

The doctrinal congregation declared that the new formulation of number 2267 of the Catechism “expresses an authentic development of doctrine that is not in contradiction with the prior teachings of the Magisterium.”

The primary responsibility of the public authority has always been to protect the common good, the letter states, but the death penalty emerged from an environment “in which it was more difficult to guarantee that the criminal could not repeat his crime.”

Pope Francis approved of the revised text as well as the accompanying letter on June 28, 2018, and ordered its publication, the letter concludes.