Source: NY Daily News
'Be they Catholic, Orthodox, Copts, Lutherans, it doesn't matter: They're Christians!' the Pope said of the 21 Egyptian members of the Coptic Orthodox Church who were decapitated by ISIS in a gruesome video.
Natalya Mihailova | 17 February 2015
Pope Francis denounced Monday the slaughter of 21 Coptic Christians by ISIS, calling it a “barbaric assassination.” 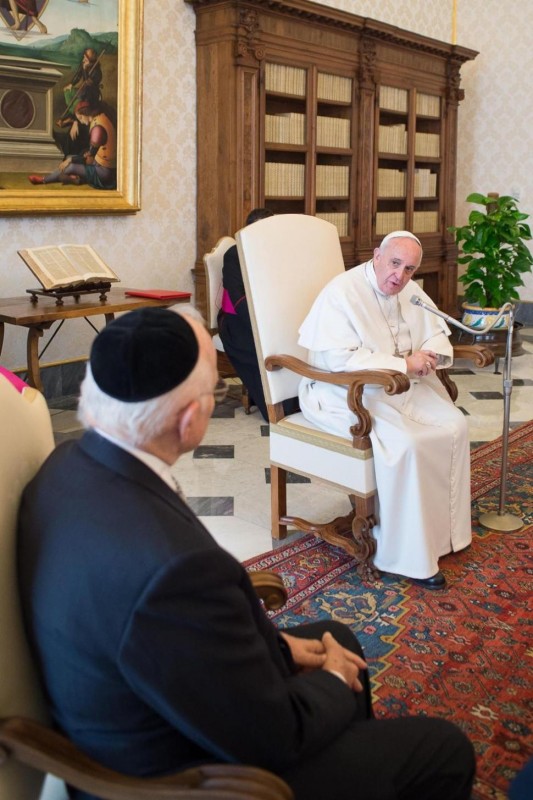 “They only said, ‘Jesus help me.’ The blood of our Christian brothers is testimony that cries out. Be they Catholic, Orthodox, Copts, Lutherans, it doesn’t matter: They’re Christian!” Francis said during an audience with a Scottish ecumenical delegation.

The Pope (right) also phoned the patriarch of the Coptic Orthodox Church, Pope Tawadros, to “express his profound participation with the pain of the Coptic Church for the recent barbaric assassination of Coptic Christians by Islamic fundamentalists,” the Vatican spokesman said.

His condemnation came one day after the blood-lusting militants released a video showing the decapitation of the 21 Egyptians.

The video included a menacing message to “the people of the cross, followers of the hostile Egyptian church.”

Most viewed articles
“Do Not Weep”159
Christ the Life Giver141
Best Films of the Pokrov Film Festival Have Been Determined135
The Religion of Self131
Patriarch Kirill Answers Questions from Participants of the Ninth Faith and Word Festival94
(VIDEO)Celebrating 5 years of Byzanfest International Orthodox Film Festival93
“He preached the message of the Resurrection for 12 years”: First Bishop of Deva Gurie Georgiu laid to rest at Cathedral of St Nicholas47
Patriarch Kirill: “An Effective Way to Overcome Social and Economical Dead End Is to Be Guided by the Word of God”37
Why Pray if Nothing Changes?1
The Pain that Leads to Joy1
Most popular authors
Pravmir.com team359
Archpriest Peter Olsen159
Fr. Theodore Stylianopoulos141
Fr. Gabriel Bilas131
Aurelian Iftimiu47
Fr. Andreas Agathokleous1
Metropolitan Hilarion (Alfeyev)1