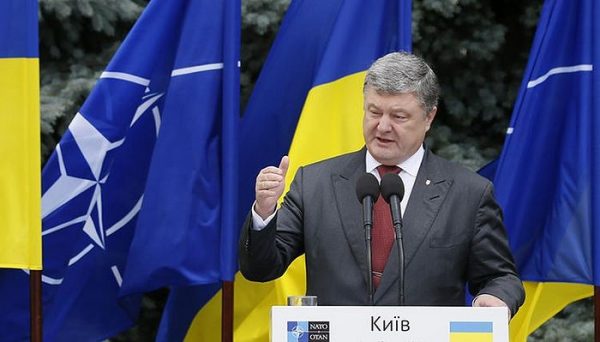 Kiev, August 24, Interfax – Ukrainian President Pyotr Poroshenko announced that he intends to put an end to the “unnatural” connection between the Ukrainian and Russian Orthodox Churches.

“Let Constantinople, Moscow, and the Vatican hear us today – we are firmly committed to cut the final knot by which the empire is desperately trying to tie us to itself. We are determined to end the unnatural and non-canonical dependency of the majority of our Orthodox community on the Russian Church,” Poroshenko said at a military parade on the occasion of the 27th anniversary of Ukraine’s independence in Kiev on Friday.

“Christianization came to us from the Mother Church of Constantinople, and it was from Kiev that it spread across the wide spaces of Eastern Europe. Ukrainian Christianity has more than a thousand years of history, its own theological, liturgical and church traditions,” he said.

The issue of a tomos granting autocephaly to the Ukrainian Orthodox Church is not only a matter of religion, Poroshenko said. “It is in the same set of issues as the strengthening of the army, the protection of the language, the fight for membership in the EU and NATO. It is yet another strategic landmark on our historical path, a significant component of our independence,” Poroshenko said.