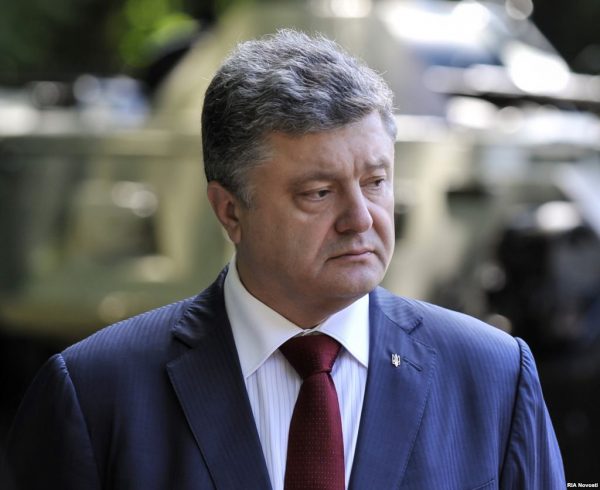 “I guarantee that the authorities will not interfere in purely ecclesiastical affairs. But I declare that they won’t allow other states to do so, either. To this end, I believe it is absolutely necessary to cut off all tentacles with which the aggressor country operates inside our state organism,” Poroshenko said at ceremonies celebrating the 1030th anniversary of the Christianization of Kievan Rus in Kiev on Saturday.

The church in Russia “is separated from the state only on paper,” but in reality, it “fully and unconditionally” supports “the Kremlin’s imperial policy,” he said.

“Moreover, the very doctrine of the ‘Russian world’ was born in the luxurious cells of the Russian Orthodox Church,” Poroshenko said.

This situation is “a threat to Ukraine’s national security,” which “obliges us to act,” he said.

“The tomos of autocephaly will complete the establishment of Ukraine’s independence and self-rule, will strengthen religious freedom and inter-faith peace. It will strengthen the people’s rights and freedoms,” he said.

Millions of Ukrainians expect the soonest possible recognition of the autocephalous Orthodox church in Ukraine and are prepared for this, he said.

Autocephaly is a factor of Ukrainian independence and national security, Poroshenko said. “We are returning Ukrainian identity and an equal place among the Orthodox Churches of the world to our Orthodox Church,” he said.

Metropolitan Emmanuel of France, who was leading a delegation of the Ecumenical Patriarchate of Constantinople, said the “Ecumenical Patriarch cannot remain blind and deaf to the appeals that have been made for more than a quarter of a century.”

Patriarch Filaret of the Ukrainian Orthodox Church of the Kiev Patriarchate said he was sure that Ukraine would have an autocephalous local church. “We not only hope, but we also believe and are convinced that we will achieve this and that we will have a tomos and a unified church,” he said.