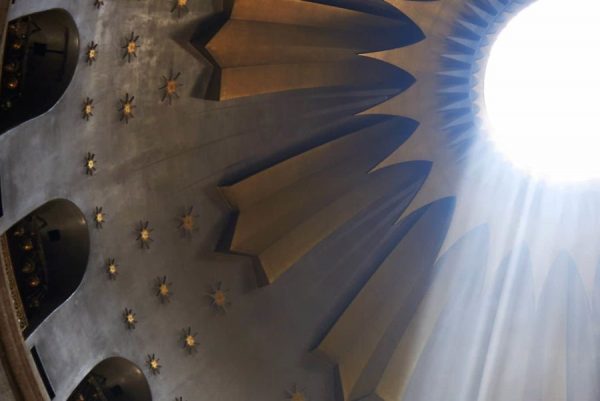 On December 13th, 2021, thirteen Christian Patriarchs and heads of Churches of Jerusalem published a statement, drawing the attention of state authorities and the public to the threat to the Christian presence in the Holy Land – which is caused, in particular, by the activities of radical groups –,  to the facts of physical violence and insults against the clergy, attacks against Christian churches and acts of vandalism against shrines, as well as attempts to violate the integrity and cultural identity of the Christian Quarter of the Old City in order to ultimately expel the Christian community from Jerusalem.

Among those who signed the appeal were the Primate of the Orthodox Church of Jerusalem, His Beatitude Patriarch Theophilos III of the Holy City of Jerusalem and All Palestine, the Armenian Patriarch of Jerusalem Nourhan Manougian, the Apostolic Administrator of the Latin Patriarchate of Jerusalem Pierbattista Pizzaballa and other Christian leaders of the region.

The full text of the statement reads as follows:

Throughout the Holy Land, Christians have become the target of frequent and sustained attacks by fringe radical groups. Since 2012 there have been countless incidents of physical and verbal assaults against priests and other clergy, attacks on Christian churches, with holy sites regularly vandalized and desecrated, and ongoing intimidation of local Christians who simply seek to worship freely and go about their daily lives. These tactics are being used by such radical groups in a systematic attempt to drive the Christian community out of Jerusalem and other parts of the Holy Land.

We acknowledge with gratitude the declared commitment of the Israeli government to uphold a safe and secure home for Christians in the Holy Land and to preserve the Christian community as an integral part of the tapestry of the local community. As evidence of this commitment we see the government’s facilitation of the visit of millions of Christian pilgrims to the holy sites of the Holy Land. It is therefore a matter of grave concern when this national commitment is betrayed by the failure of local politicians, officials and law enforcement agencies to curb the activities of radical groups who regularly intimidate local Christians, assault priests and clergy, and desecrate Holy Sites and church properties.

The principle that the spiritual and cultural character of Jerusalem’s distinct and historic quarters should be protected is already recognised in Israeli law with respect to the Jewish Quarter. Yet radical groups continue to acquire strategic property in the Christian Quarter, with the aim of diminishing the Christian presence, often using underhanded dealings and intimidation tactics to evict residents from their homes, dramatically decreasing the Christian presence, and further disrupting the historic pilgrim routes between Bethlehem and Jerusalem.

Christian pilgrimage, in addition to being the right of all the Christians around the world, brings great benefits to Israel’s economy and society. In a recent report by the University of Birmingham, it was highlighted that Christian pilgrimage and tourism contributes $3bn to the Israeli economy. The local Christian community, while small and decreasing in number, provides a disproportionate amount of educational, health and humanitarian services in communities throughout Israel, Palestine, and Jordan.

In accordance with the declared commitment to protect religious freedom by the local political authorities of Israel, Palestine, and Jordan, we are requesting an urgent dialogue with us the Church Leaders, so as to:

— The Patriarchs and Heads of Churches in Jerusalem

Most viewed articles
Five Signs of a Modern Pharisee208
ROC Holy Synod Discusses the Announcement of the Patriarchate of Alexandria Concerning the Establishment of the ROC Patriarchal Exarchate of Africa154
Bad Habits And Their Cure109
Medical Workers Walk 1.5 Km Through Snowdrifts and Save the Life of a 100-Year-Old Woman106
Trial of Politician Defending Traditional Marriage Begins in Finland88
Grains of Wisdom and Piety Book Published87
150th anniversary of the establishment of the North American diocesan see in San Francisco50
Time for a Course Adjustment?32
Church from time of St. Stephen the Great becomes monastery15
Most popular authors
Pravmir.com team485
Archimandrite Markell (Pavuk)208
Saint Nicodemus the Hagiorite109
Fr. Stephen Powley32
Ștefana Totorcea15