“Pray, He Will Help You”: Patriarch Kirill Tells How He Was Healed by St. John of Kronstadt 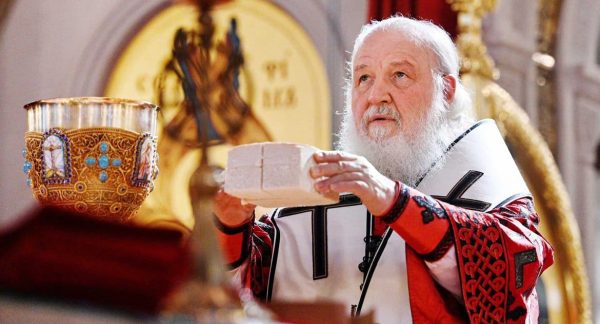 In his interview to Russia 1 TV channel, His Holiness Patriarch Kirill of Moscow and All Russia told about one of the first miracles that happened in his life – the healing by the prayers of the Holy Righteous John of Kronstadt.

The Primate of the Russian Orthodox Church said that what happened is a direct fact from his biography, connected with a serious illness and miraculous healing.

“I was quite young when I fell seriously ill with pneumonia. At that time, medicine was not at the same level as it is today, and such a serious disease as pneumonia, very often ended badly. Everyone was very alarmed – both my mother and father,” said His Holiness Patriarch Kirill.

The Primate recalled that at that time he and his family lived in a communal apartment, and over his bed hung a portrait of Father John of Kronstadt.

“My mom took this portrait, gave it to me and said: “Pray, he will help you.” Literally a few days later, I felt well, and my mother said: “Now let’s go to Karpovka and thank Father John of Kronstadt.” I remember well how I, wrapped in some kind of warm scarves, went with my mother to Karpovka,” remembered Patriarch Kirill.

That time they prayed at the wall separating the believers from the saint’s tomb, and the future patriarch “thanked Father John for the healing in his own words.”

“In relative proximity to the place where the believers gathered, there was always a policeman, so we prayed in front of this policeman – before the wall that separated us from the tomb of Father John of Kronstadt. Here is the most striking episode in my life, which brought me personally into contact with Father John,” His Holiness the Patriarch concluded his story.