On Prayer XI: Prayer For Our Neighbors

We should pray for our neighbors not because God does not know how to save them, but because He wants us to participate in one another’s salvation. Of course, He Himself knows what everyone needs: both what we need, and what our neighbors need. When we pray for our neighbors, it does not at all mean that we want to be more merciful than God. What it does mean is that we want to participate in their salvation.
Metropolitan Hilarion (Alfeyev) | 03 June 2014
We continue a series on prayer, transcribed from television episodes presented on Russian television in the spring of 1999 by Fr. (now Metropolitan) Hilarion (Alfeyev) with the blessing of His Holiness, the late Patriarch Alexy II of Moscow and All Russia. We hope to present three sections a week, each of which is relatively brief but substantial, for a total of thirty-two episodes. 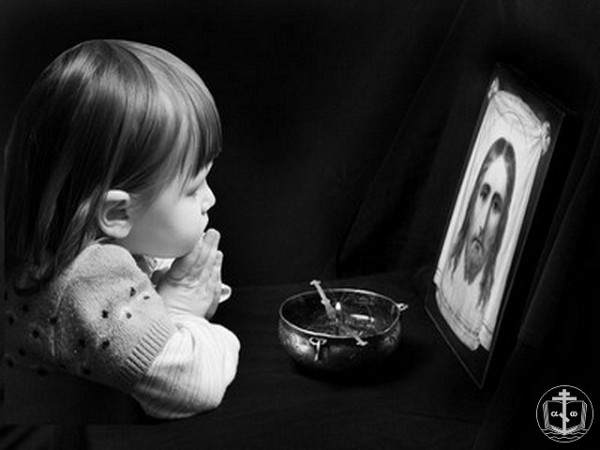 We should pray not only for ourselves, but also for our neighbors. Every morning and every evening, as well as when we are in church, we should remember our relatives, family, friends, enemies, and offer prayer to God for them all. This is very important, because people are bound together by indissoluble bonds and often the prayer of one person for another saves the other from great danger.

In the Life of St. Gregory the Theologian there is the following incident. When he was still a young man and unbaptized, he crossed the Mediterranean by ship. A heavy storm suddenly began, which lasted for many days, and no one had any hope of rescue; the ship was almost flooded. Gregory prayed to God and, during his prayer, saw his mother, who was then on the shore but who, as it later turned out, felt the danger and fervently prayed for her son. The ship, contrary to all expectations, reached the shore safely. Gregory always remembered that his deliverance came about as a result of his mother’s prayers.

Someone might say: “Well, that’s just another story from the lives of the ancient saints. Why don’t similar things happen today?” I can assure you that they do happen today. I know many people who were saved from death or great danger by the prayers of their loved ones. And in my own life there have been many cases when I was saved from danger by the prayers of my mother or other people, such as my parishioners.

I was once in a car accident and one might say that I stayed alive miraculously, because the car fell off a precipice and rolled over several times. Nothing remained of the car, but the driver and I were left safe and sound. This took place early in the morning, around five. When I returned to the church in which I was serving that same evening, I found several parishioners who had woken up at half past four in the morning and, sensing danger, had begun to pray for me. Their first question was: “Batuishka, what happened to you?” I think that it was by their prayer that the driver and I were saved from disaster.

We should pray for our neighbors not because God does not know how to save them, but because He wants us to participate in one another’s salvation. Of course, He Himself knows what everyone needs: both what we need, and what our neighbors need. When we pray for our neighbors, it does not at all mean that we want to be more merciful than God. What it does mean is that we want to participate in their salvation. And in prayer we should not forget about the people with whom life has brought us together, and that they also pray for us. Each of us, laying down to sleep, should say to God: “Lord, through the prayers of all those who love me, save me!”

Let us remember the living connection between our neighbors and us, and let us always remember one another in prayer.