Source: Ortho Cuban
Priest Ernesto Obregon | 29 August 2016
Praying without ceasing - how on Earth am I supposed to do that? 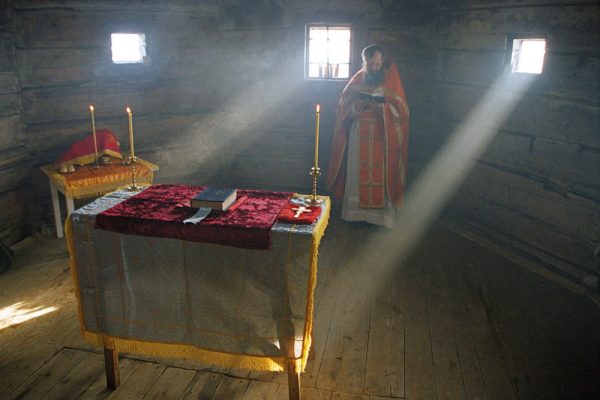 As a young Christian, I was taught early Saint Paul’s dictum that we are to pray without ceasing. And, just like most young Christians, I ended up wondering how on Earth I was supposed to do that? It seemed that I could not both pray and concentrate on speaking, on my classes, etc. As a Charismatic, I was taught–at least by some–that speaking in tongues in my mind was a way to be able to accomplish that. That is, the claim was that I could always have a sense of my mind praying even while I was doing other things that also required the use of my mind.

In a similar way, various of the Orthodox hesychasts speak of using the Jesus Prayer as a way to keep yourself praying without ceasing. The use of a rosary, along with the Jesus Prayer, was supposed to build a habit so strong that eventually you would be able to simply keep rolling the beads and the prayer would be running automatically through your mind. They, like Pentecostals and Charismatics have the same solution to the issue of praying without ceasing.

In other words, Christians have taken the admonition to pray without ceasing as a serious assignment for the Body of Christ. Yet, today I read two articles that gave me a slightly different view and that opened up some interesting possibilities. In those articles, the authors said (and I have mixed quotes from the two articles on purpose):

Thompson’s point is that justification is about communal unification in Paul’s letters. … The Church in its liturgies is praying around the world and around the clock. It prays without ceasing.

Though the first author was not speaking about quite the same thing, it reminded me that we are called the Body of Christ. And, as Saint Paul said, “There is one body and one Spirit, just as you were called to one hope when you were called; one Lord, one faith, one baptism; one God and Father of all, who is over all and through all and in all …” There are not many bodies of Christ, there is only One. And, though I am clearly stretching a bit, since that Body is around the world, and since there are always those who are praying around the world, it can be truly said that whatever my personal failings in my prayer life, the Body of Christ is in perfect obedience in that it prays without ceasing as it prays throughout the world.

It is a comfort to me to think that there is never a time when there are no Christians praying. There are always Christians praying and thus the Body prays without ceasing. We are surrounded by prayer, but we simply do not realize that. Yes, I most definitely need to improve my prayer life. It is nowhere near where it ought to be. And, yet, what a comfort to know that we are all surrounded by prayer and the Saint Paul’s request is being fulfilled in a corporate way by the Church.