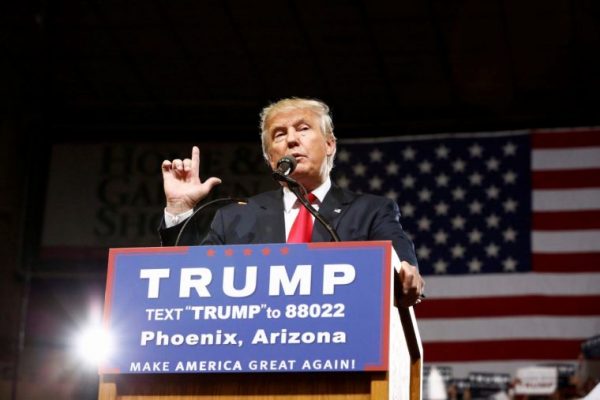 Joel Weir, a priest in the Orthodox Church in American Diocese of the Midwest, does not have any beef with Christians who want to vote for Republican presidential nominee Donald Trump. However, Weir hopes that people won’t go voting for Trump in the name of Christianity.

“I have long believed that neither the Republican nor Democratic Party has a platform that a Christian can fully embrace. Choosing between the two always comes down to setting priorities, and Christians of sincere faith can come to different conclusions on party affiliation,” he writes in an article for the Washington Post.

“It’s typically the same with candidates. But this year’s presidential election presents a difficult question: Can you be a Christian and vote for Donald Trump? Yes. But can you support him in the name of Christianity? I have a hard time accepting that,” he continues.

Weir does not wish to “manipulate” voters, and he does not plan on telling anyone who to vote for. But whenever he sees faith leaders support Trump and suggest that he makes a better choice for Christians, Weir can’t help but shake his head.

“I want Christians to understand that while there are positions, on many issues, on which there’s room for genuine disagreement, when you look at Trump’s record overall, one has to ask: Does his campaign square with Christian values?” he says.

It’s true that Trump is the favoured choice of pro-life voters, but Weir says there are more ways than one to be a pro-life voter. Being pro-life is not limited to just abortion, because it’s also about capital punishment, health care, and gun control.

At the same time, Weir says Christians have different opinions on LGBT rights, taxes, and immigration. Some don’t believe in war, while others think war is sometimes justified.

“There are some things, though, that a Christian can’t support: torture, greed and blatant immorality. But there have been times, before and during this campaign, in which Trump’s actions and rhetoric have embodied these,” says Weir.

Weir is critical of the way that Trump has insulted women, demoralised immigrants, and called for a ban on Muslims coming to America. The priest does not think America’s next president should be morally perfect, but he hopes at least they the next leader would not be at odds with the values Christians hold dear to their hearts.

“I ask all Christians voting this November to consider, prayerfully and earnestly, what the gospel and scripture as a whole teaches about care for the oppressed, the fruit of the spirit, the trappings of wealth and pride, the characteristics of true wisdom and the way we treat one another,” he says.