Professor Osipov: “Now, the Main Thing is to Pray, Because Without Prayer a Church is Not a Church Either” 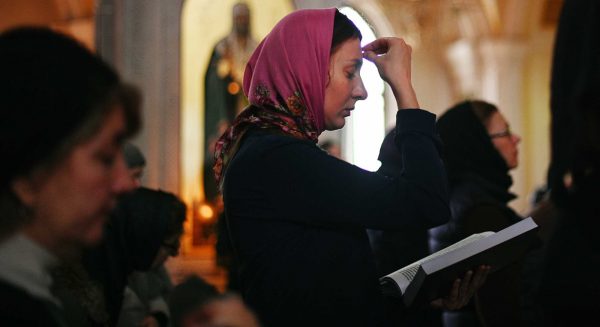 Orthodox believers should not be very upset about the temporary impossibility of going to churches, but it is important to pray intensely, since it is prayer that is the main activity for Christians, said Alexei Osipov, Doctor of Theology, Professor at the Moscow Theological Academy, reports Foma.

In his interview to the Spas TV channel, the professor answered what believers should do at home now and how to survive the inability to be in the church. Alexei Osipov noted that the main thing now is to pray, and this can be done not only in the church.

“In fact, is a church the only place of prayer? Of course not,” Alexei Osipov said. According to the professor, one could try to find an hour, or even half an hour, in the morning, in the evening, or both, in order to at least see what prayers are offered at this time according to the Church Charter, how divine services are performed and, most importantly, what is the main activity for a believer of any religion, not only a Christian, which is prayer. “Without prayer there is no religion whatsoever. A church without prayer is not a church,” the famous theologian stressed.

In his opinion, the trials that the whole world is currently experiencing in connection with the coronavirus infection cannot be accidental for Christians.

“We are Christians, after all, and we understand that there are no accidents in our lives. Both in the life of an individual person, and even more so in the life of the Church. Since this happened, one should understand: it happened according to the will of God. For some reason, which we probably should still think about, this happened right now,” said the theologian.

Alexei Osipov believes that today Orthodox Christians live in rather comfortable religious conditions in Russia, which they are already accustomed to, so “any deviation from this norm is almost a tragedy for us.”

The professor suggested we recall the Soviet period when people for years, or even decades, were unable to go to a church.