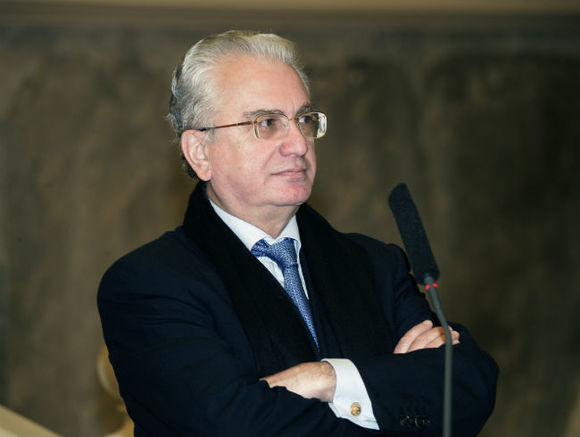 “We mentioned there were many other sites, both Muslim and Christian, that perish in Syria after Palmyra, and UNESCO and our state should focus on them,” Piotrovsky told reporters after his conversation with Putin.

He said he presented to the president proposals on possible actions in Palmyra prepared jointly with the Academy of Sciences and the Culture Ministry. Responding the question if Putin expressed his position on restoring Palmyra, Piotrovsky said that “he usually charges with such questions those who are professionally involved in them.”

“However, it is absolutely clear that Russia will participate in it in the context of international campaign. It is very important to make this campaign international, so that all countries of the world get involved in it. Perhaps, it will unite more people than were united by war,” the Hermitage general director said.

Palmyra, which is located in an oasis in the Syrian desert, was one of the wealthiest cities in late antiquity. It is a UNESCO world heritage site, featuring impressive structures belonging to the best examples of Ancient Roman architecture.

On May 13, 2015 ISIL launched an offensive on Palmyra arousing grave concern from the world public about the threat to the historical monuments in the city. Before that, ISIL had destroyed ancient monuments in the parts of Iraq it had overtaken.

On June 23, 2015 ISIL militants blasted two ancient Muslim burials, namely, the burial of a descendant of Prophet Mohammed and another one, regarded as a Muslim sanctuary and built over 500 years ago.

Later, they destroyed a famous ancient figure of a lion dating back to the first century A.D.

On August 24, 2015 the militants blasted the ancient Temple of Baalshamin and three burial towers. On October 5, they destroyed the Arch of Triumph of Roman times.