Putin, Slovenian leader agreed to honor the centenary of the Russian chapel near Vrsic 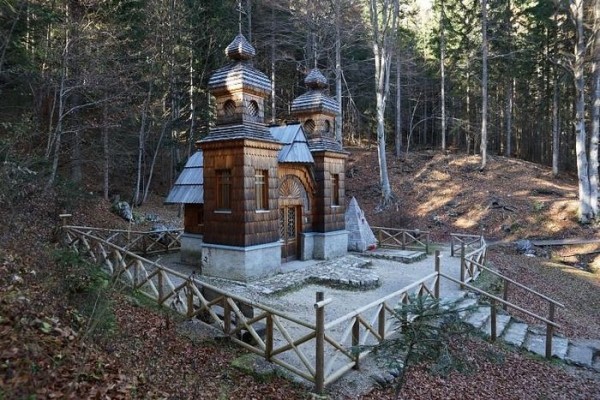 The Russian chapel near Vrsic in Slovenia

“The parties discussed some of the issues concerning bilateral cooperation in various areas. It was agreed in particular to honor the centenary of the construction of the Russian chapel near Vrsic in Slovenia,” the spokesperson said.

The 100th anniversary of a chapel built in Slovenia to commemorate Russian soldiers killed in World War I is celebrated this year.

In March 1916, a snow-slide covered a group of Russian captives who cleared the mountain road from snow and buried alive several hundreds of people. Local residents, Slovenians, buried them in a joint grave and then reburied their remnants near the chapel at the Vrsic Pass.

Commemorative meetings of Russian and Slovenian public figures are held at the church every year in July.