Quarter of Children at Orphanages Are There at the Request of Their Parents. What’s Wrong with It?

Source: Pravmir (Russian)
And what should be changed so that they live in families?
Irina Sycheva | 17 March 2021

A quarter of children at orphanages got there at the request of their parents. Such children cannot be adopted, they are not entitled to an apartment from the state, because they are not orphans. Alexandra Marova, director of the Foundation for the Prevention of Social Orphanhood, told “Pravmir.ru” why children with living parents end up in orphanages and how to change this.

Tatiana Golikova, Head of the Government Council on Guardianship in the Social Sphere, Deputy Prime Minister, instructed the Ministry of Education, the Ministry of Labor and the Ministry of Health to monitor the situation with the temporary placement of children in orphanages at the request of their parents. 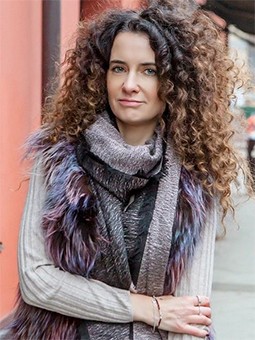 “Under what circumstances can parents transfer their child to an orphanage?”

“This can happen if the family has a difficult life situation. This can happen when, for example, a mother lives alone, she needs to go to the hospital for an operation and has no one to leave her child with. In this case, temporary placement in a state institution is a fairly justified measure.

A parent can come to the guardianship authorities, write an application for temporary placement of their child in an institution and substantiate that the situation is difficult. The explanation is sufficient. Nobody demands substantiated evidence.

But some parents abuse this measure and give up their children for far-fetched reasons.

The period during which the child will be in the social center is established by an agreement between the parents, the guardianship authorities and the organization for orphans at the moment when the parent sends their child to the institution. This period is set individually in each case. If, after this period, the parent does not take back his child, the guardianship authorities are obliged to go to court with a claim for restriction or deprivation of parental rights.”

“What are other reasons for children’s ending up in orphanages with living parents?”

“There are regions in which 70% of children who are in institutions are children in temporary placement. This is a very large, colossal figure. And very often these children get there more than once or twice.

According to article 77 of the Family Code, even if the guardianship authorities see that a child is in danger, they cannot arrange removal and take him from the family on the spot. Employees should leave the child in the family, hoping that no one will harm him during this time, prepare papers, sign them, and only then come to the removal.

Instead, they often use the following measure. They force the family to write an application for the temporary placement of the child in an institution. Thus, a very large flow of children ends up in these social centers for temporary placement.

In other words, often this is a way for the guardianship authorities to do nothing, and also to cover themselves.

This is really a problem that needs to be solved. It is necessary to build a normal preventive work. Those six months during which the child is temporarily placed in an institution, it is necessary to carry out a full comprehensive work so that parents can pick up their child and provide him with his needs, at least to a minimum. But in fact, this happens extremely rarely.”

“Can the introduction of any restrictions on the admission of children to temporary accommodation help in solving the problem?”

“Restrictions can act against the best interests of the child. If we restrict the criteria for getting children, for example, introduce a rule according to which only those parents who need hospitalization and who have no one to leave the child with can write applications, and only in this case to place him in temporary placement, then tomorrow a completely different situation may arise, where the parent cannot fulfill his parental duties for other reasons, and at the same time he cannot arrange a child anywhere. It is not right.

As for the actions of the guardianship authorities, imagine what will happen if we take this wrong, but at least somehow working mechanism, from them? Yes, it is not entirely legal, but in this way they at least save the lives of children.

If we take away this opportunity from them and do not give anything in return, leave the current version of Article 77 of the Family Code, according to which the guardianship authorities must run decently and sign a lot of papers before rescuing a child, then we will not get anything good. Therefore, all this must be approached in a complex manner.”

“What can be done to ensure that as few children as possible are temporarily placed in social centers without being orphans?”

“It is necessary to introduce such a mechanism with the help of which the guardianship authorities, seeing that there are grounds for transferring a child to another family, would have the right to do so.

It will be much better than putting the child in an orphanage for a while several times a year, expecting that the mother herself will make up her mind and take him back. She herself, as a rule, will not be able to do this. She needs comprehensive help and support. If this does not happen, and all this work does not give results, then it is in the interests of the child to live in a family, and not to be for six months either with a drinking mother, or in a government institution.

On the one hand, the mechanism needs to be adjusted. But on the other hand, this cannot be done in isolation from the rest of the system.

It is necessary to introduce norms that will allow, on the one hand, to provide a family environment for the child, and on the other, to ensure his safety.

That is, the situation must be balanced. This is not the case today.

If we just take care of the children in temporary accommodation, and do nothing else, then no matter how, but we make it worse. This is the situation that needs development. It is impossible to envisage uniform mechanisms for all here, since each situation is individual.

Here the question is rather about education, about the advanced training of those specialists who work in the departments of the prevention system. So that, first, they do not employ one-size-fits-all policy. Second, they make informed and balanced decisions regarding each child, assessing the individual situation. Third, in order to send children to these institutions at the request of their parents, they do not leave everything as it is, with making a claim for deprivation of parental rights six months later, but spend these six months on normal complex work with the family.”