Source: Notes on Arab Orthodoxy
This racism is rooted in our blood, us weak humans, but those who believe in Christ reject it and fight it with the word of the Gospel: "Love your enemies, bless those who curse you and pray for those who persecute you" (Matthew 5:44).
Metropolitan Ephrem (Kyriakos) | 30 March 2015 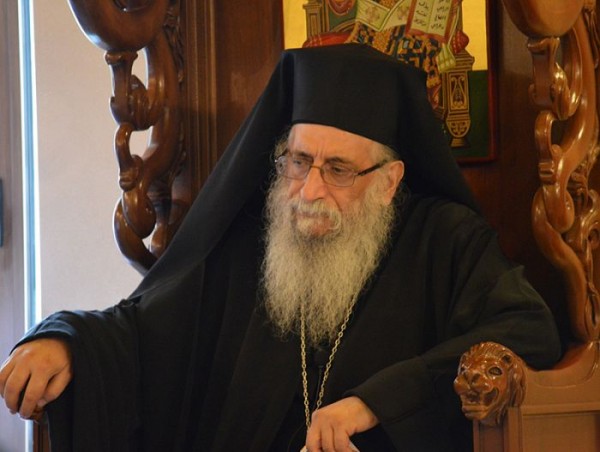 “Our life is hidden with Christ in God” (Colossians 3:3)

Christ God came, suffered, was crucified and rose from the dead: all this for the salvation of the world, for the sake of every person.

Therefore, there is no place for nationalism or for sectarianism… Every person is meaningful before God, whether he knows God or does not know Him, whatever his nationality, race or religion. The Holy Bible affirms the dignity of every person created in the image of God. It is true that the Jews were known as God’s chosen people. This was only a historical stage when God used them as a means to come in the body and to make every nation that believes in Him His own nation. Therefore,  the Apostle Paul says, “There is neither Jew nor Greek, there is neither slave nor free, there is neither male nor female; for you are all one in Christ Jesus” (Galatians 3:28).

“Suppose a  circle whose center is God and whose rays are different paths. Every person of the created world walks along one of the rays toward the center, where Christ God is (whether the person realizes it or not). He approaches his brother walking along a different ray toward God, the center itself. The more they distance themselves from one another, the more they distance themselves from God.”

Racist behavior has been rooted in the reality of sin since the beginning of humanity. A saying known among the Greeks is “he who is not a Greek  is a barbarian”. This racism is rooted in our blood, us weak humans, but those who believe in Christ reject it and fight it with the word of the Gospel: “Love your enemies, bless those who curse you and pray for those who persecute you” (Matthew 5:44).

“All the seed of Adam is intended for salvation, having been renewed in Christ,” according to Saint Irenaeus. People saw in the early Christians a “third race”, as Tertullian put it, in the spiritual sense. That is, a “new people” in whom the two races, Jews and pagans, meet. Therefore, Christianity rejects every form of racism or religious discrimination. My neighbor is not only the person from my tribe, my neighborhood or my religion. Rather, he is every person that I meet along my way. Therefore we must respect strangers and accept dialogue, participation and cooperation with other ethnicities.

Europe attempted to renounce such distinctions after the French Revolution through embracing secularism but it deviated from the right path by renouncing at the same time all divine, religious values. Christ participated in the salvation of all outcasts, such as the Samaritans and pagans like the Canaanite woman, and so we must emulate Him. Schools have a prominent role in  working to acquire a conscience that is not racist, through education that focuses on what is common to all people and that that which is unique about the other can be a source of richness for us. 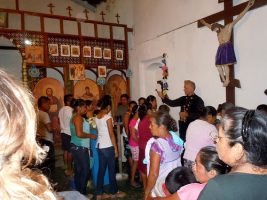 Racism Has No Place in the…
Abbot Tryphon

It is important to understand that genetically, all humans are of but one race. Indians, Arabs,…

What Can the Church Offer the Youth of Today?

Where are the dangers hidden? Are they in having fun and going out at night, and constant attachment…

How Can a Person Know God?

How can a person know God? How can he regain his immortality after having lost it through sin…

Once I asked an elder, "Why do you flee to the desert? Why don't you remain in the…

How Will We Be Judged?

Most viewed articles
COVID Directives From His Eminence Metropolitan JOSEPH249
The Wrath of God According to St. John Chrysostom211
Why We Pray For The Dead147
How Will We Be Judged?112
Georgian PM condemns “unprecedented attack” against Patriarch Ilia and the Orthodox Church105
Metropolitan Joseph Meets with Metropolitan Tikhon of the Orthodox Church in America90
1
Return to Paradise: The How and Why of Fasting1
Most popular authors
Archbishop Joseph of New York and Metropolitan of All North America249
Archpriest Michael Gillis211
Priest Luke A. Veronis147
Fr. James Guirguis112
Aurelian Iftimiu105
Pravmir.com team90
Fr. Steven Ritter1