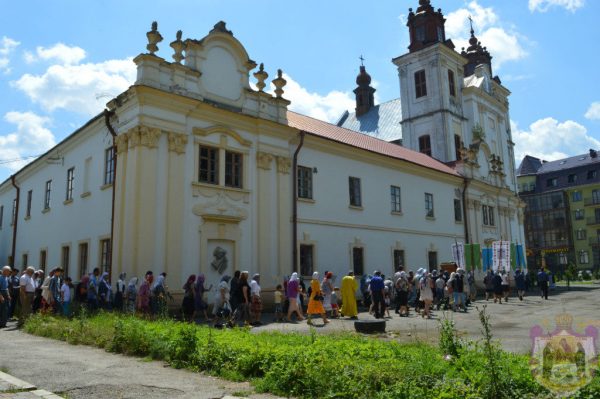 Members of the right-wing radical group Right Sector(banned in Russia) have seized the Ukrainian Orthodox Church’s Cathedral of the Holy Trinity in the village of Bogorodchany in the Ivano-Frankovsk Region.

“They broke down the doors, smashed windows, and beat up believers. According to information obtained by the information and awareness-raising department of the Ukrainian Orthodox Church, one man sustained a concussion, another’s hand was broken, and the father superior of the church, Archpriest Vladimir Shuvar, was also hurt,” the Ukrainian Orthodox Church said on its official website on Friday.

According to witnesses, the Right Sector members may have gotten into the church through the inner courtyard and the music school, adjacent to the building. They fought with parishioners, and several people sustained serious injuries. After forcing all the parishioners out, they changed the locks on the doors.

“Everything happened so fast that they could not record it on camera, according to witnesses. Moreover, the right-wing radicals behaved so aggressively that it was simply impossible to do so. The situation at the scene of the incident remains tense,” the Ukrainian Orthodox Church said.