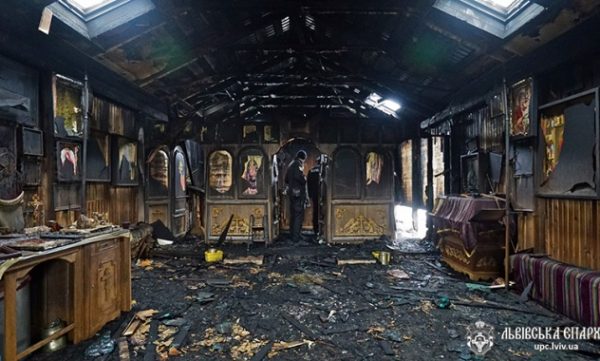 During the night of February 3, 2018, radically minded people set fire on the Holy Prince Vladimir Church in the Sikhovsky housing block in Lvov, Ukraine.

According to a report of the Ukrainian Orthodox Church’s information and education department, on January 28, the radical nationalistic organization ‘C14’ arranged a protest action near the church with demands to dismantle it. The diocesan press service described the action as provocation and rejected the accusations that the building of a church facility on that plot of land was illegal.

The fire destroyed the roof paneling, 100 square meters of wooden ceilings and floors and the 30 square meters of wall sliding; various church vessels were damaged or destroyed. The arson is proved by the fact that the church was not provided with electric power. Besides, the priest and members of the diocesan administration, who came to the site, discovered that one of the church windows had been dismantled and, most probably, the arson was carried out through it.

‘What happened in Lvov is hard to believe. It is strange when Christians use arson against a church to express their political stand’, Archbishop Philaret of Lvov and Galich said in his comments, ‘We live in the 21st century but we see that nothing has changed since the times of persecution against Christ. Jesus Christ was persecuted yesterday, is persecuted today and will always be persecuted. It is Christ Who was yesterday, is today and will be forever, while the names of the persecutors have disappeared from the face of the earth. Glory be to God for everything! We take His visitations with profound trust in God’s mercy!’

It is already a second fact of arson attack made in recent days on the Ukrainian Orthodox Church. During the night of January 25, an attempt was made in Kiev to set fire to the church of the Nativity of the Mother of God in the Monastery of the Tithe. The suspected two members of the C14 organization were detained at the crime scene. Criminal proceedings began and the court ruled to hold suspects in restraint for 60 days. On February 1, during a meeting of the Supreme Rada sub-committee on cooperation with the civil society with representatives of the Ministry of Culture, Mayor’s Office and Prosecutor’s Office, the C14 representatives demanded that the church of the Nativity of the Mother of God be demolished immediately, otherwise they promised to destroy it. In connection with a threat of violent capture of the monastery in the guise of another action by C14 radicals, on February 3 the brethren of the Monastery of the Tithe convened the faithful for a prayer service at the church’s walls in which over three thousand people participated. Concurrently, the radicals carried out an action for the demolition of the church and liberation of those suspected of the arson. The action involved 200 people who played loud music, danced and tried to disrupt the prayer service and actively provoked worshippers into violent actions.

On February 4, the monastic community of the Monastery of the Tithe appealed to the Kiev Court of Appeal to choose a restraint for the suspects without detention and proposed surety for them:

‘The clergy of the Tithe Church and the whole religious community of the UOC church of the Nativity of the Mother of God give their forgiveness and understand that they have taken a false step and sincerely repent of their action. We are ready to help put them on the right and bright path which will lead them to peace and love’. On February 5, the accused of the arson were released and bailed under the personal guarantees of several Supreme Rada deputies. 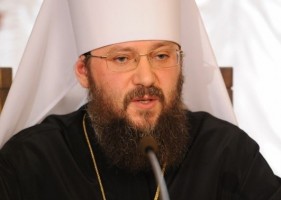 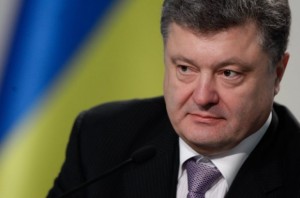