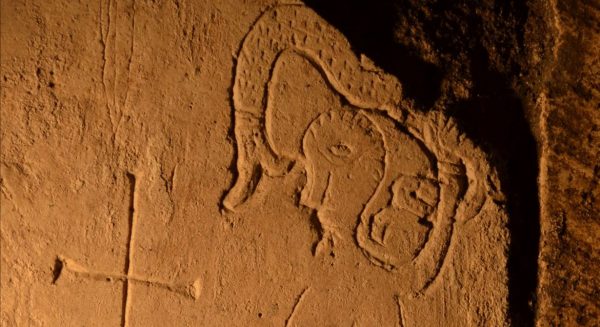 A rare graffiti of the 12th century, depicting a man with a fantastic animal and a fragment of text, was discovered by archaeologists in one of the oldest churches of the pre-Mongol period: the Transfiguration Cathedral in Pereslavl-Zalessky.

Members of the Architectural and Archaeological Detachment of the Institute of Archeology of the Russian Academy of Sciences (IA RAS) discovered a figure of a running man, with his left hand raising a creature with the head of a bird, the body of a snake and a fish tail over his head, in the right part of the graffiti on one of the walls of the cathedral, reports the press service of the IA RAS. 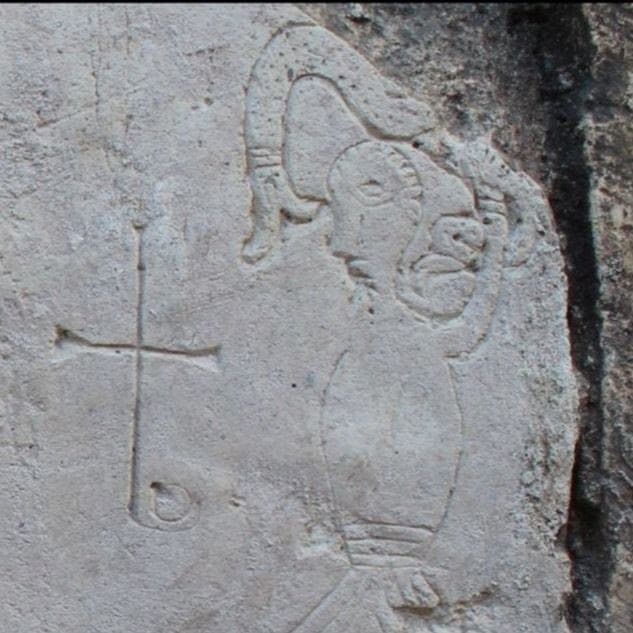 “This is the rarest example of the image of fantastic creatures, that lived in distant countries according to legends. There are similar images in Western European miniatures of the medieval times, but they were not widely known in Russia. The drawing can also represent an allegory of the struggle between good and evil,” said Vladimir Sedov, Head of the Architectural and Archaeological Unit of the IA RAS.

The scientist added that there are similar records found in the Church of the Savior in Novgorod. 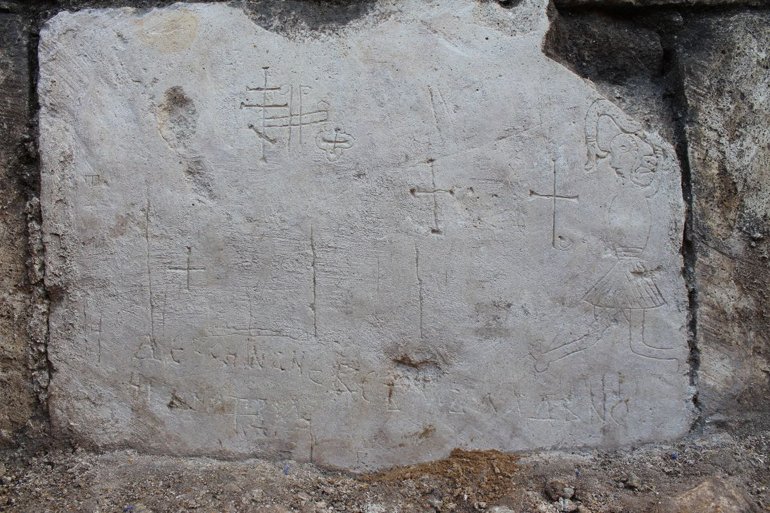 “The new texts significantly complement the array of Old Russian graffiti discovered on the facades of the Transfiguration Cathedral in 2015, of which the most famous is the inscription listing the killers of Andrei Bogolyubsky,” Vladimir Sedov noted.

To the left of the picture and below it there is a text, at the end of which scientists read the words: “but not everyone is okay. Ignat wrote.” This phrase is preceded by a mysterious sequence of five letters, which cannot be interpreted as a Slavic text written in the usual way.

RAS Corresponding Member, Alexei Gippius, suggested that the phrase accompanying the drawing may have a fortune-telling nature, “since such a sequence finds parallels in ancient Russian epigraphy and birch bark letters, the word “okay” should most likely be understood as “the same”, in accordance with the basic meaning of the word in the Old Russian language. ” 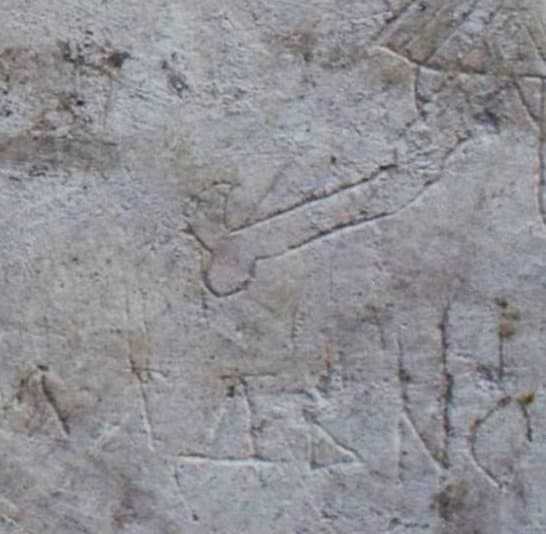 The image of a man with a fantastic animal and an inscription was found on a white-stone block, which is about 30 centimeters high and about 50 centimeters long, the central part of which is occupied by the image of crosses. The inscription to the left of the picture and below it has not yet been read.

Graffiti was also found on the neighboring white-stone blocks: the block on the right bears the autograph “Lazor wrote” and abbreviated names of the days of the week, and another block depicts crosses, which are probably funerary crosses. These inscriptions, like the first one, date from the 12th century. 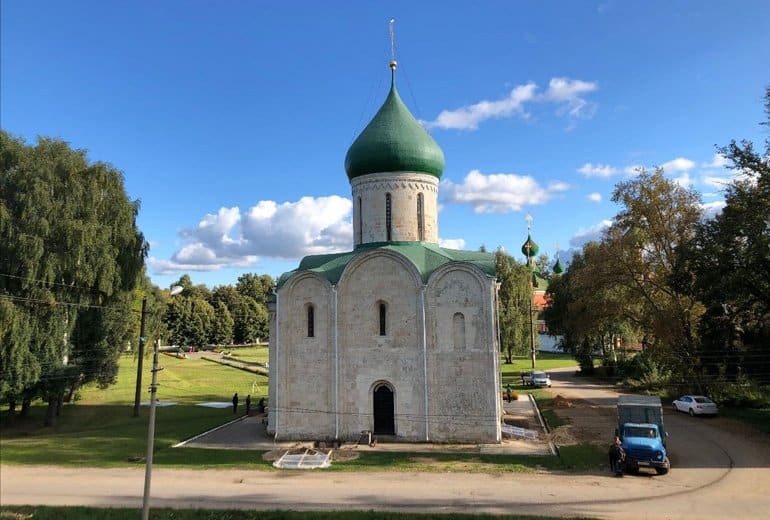 The studies carried out in September 2020 are related to the upcoming restoration of the cathedral’s interior and are being carried out as part of a long-term scientific program for the comprehensive study of ancient Russian pre-Mongol cathedrals. Within the framework of this project, monuments of the 12th – early 13th centuries in Novgorod, Kideksha, Bogolyubov and Yuryev-Polsky have already been studied.