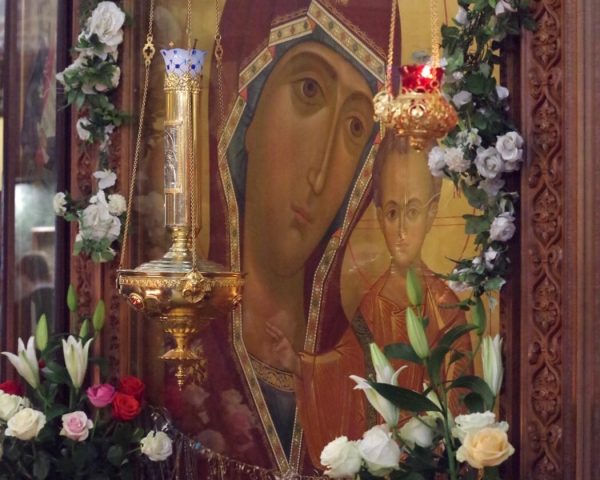 The Mary with whom we have to do was a Jew in first century Palestine. She was about fourteen years old when she was betrothed to Joseph (the normal age of betrothal for Jewish girls at that time) and, apart from a few months when she was a refugee in Egypt along with her husband and her young baby, she spent all of her life within the narrow confines of the Holy Land. (The claim of Ephesus to contain her tomb is late and cannot be sustained.) She was raised in the town of Nazareth in Galilee, and ended her days as part of the embattled little assembly of Christians in Jerusalem, where she was finally buried. The Mary of history was a very Jewish Mary.

This Jewish Mary has become eclipsed by a Catholic Mary and a Protestant Mary, as both Catholics and Protestants fought it out beginning shortly after the birth of Protestantism in the sixteenth century. Mary became less of a person in her own right and more of a symbol, a cause, a source of strife in a larger war of words. This war, sadly, became soon enough more than a war of mere words, as blood was spilled by both sides in this long religious conflict. For Protestants in those days, Catholics were not really Christians. They were benighted and deluded idolaters, crucifying Christ afresh at every Mass and worshipping idols of wood and stone, strangers to the grace of God. The Pope was the Antichrist himself, the Man of Sin long expected since St. Paul first wrote of him in his second epistle to the Thessalonians. The Pope’s church was not the church of Christ, but Babylon, mother of harlots and abominations of the earth.

Perhaps not surprisingly, Rome for its part denounced the Protestant movement in turn as heresy and schism in the strongest possible terms. The Reformers were apostates, enemies of Christ, and those who accepted their teaching were bound for hell. Indeed, in the centuries to follow it was considered by Catholics a mortal sin to even enter a Protestant Church.

In this furious turmoil, Mary of Nazareth quickly became a casualty of war. It didn’t have to be that way, and for the first few years of the Protestant Reformation, it seems as if the role of Mary was one of the few things Catholics and Protestants might agree upon. In the first generation of the Reformation, we find Martin Luther accepting Mary’s perpetual virginity and her sinlessness, and he referred to her as “the Mother of God” and as “the Queen of heaven”, but this more traditional western attitude of his soon began to change. By 1522 he was teaching that any Christian was as holy as Mary, though he still affirmed the value of asking her for her heavenly intercession.

Zwingli also accepted the perpetual virginity of Mary, as did John Calvin. These two Reformers however rejected any veneration of Mary, Calvin stating that to ask her to obtain grace for us was “execrable blasphemy”. It seems that the Reformers began their new careers accepting almost unexamined the Marian piety of the medieval West from which they came, but soon reacted against it, having concluded that it was incompatible with their new doctrines about grace and salvation.

In counter-reaction to this Protestant reaction, Rome grew ever more determined and militant in its Marian piety. Marian piety became a kind of growth industry. Her Immaculate Conception was increasingly stressed, and was finally declared to be a dogma in 1854. The Catholic Church set its seal of approval on Mary’s alleged apparitions to Catherine Labouré, in Paris in 1830, to Bernadette Soubirous at Lourdes in 1858, and to others as well, including the supposed apparitions to Lucia dos Santos in Fatima, Portugal in 1917. In 1950 Rome declared Mary’s Assumption a dogma of the Catholic Church. At the present time, pressure is growing to have her declared Co-redemptrix.

The Protestant reaction to Rome’s reaction was predictable. Protestants soon abandoned the view of the earliest Reformers that Mary was a perpetual virgin, and sought to minimize her role as much as possible. She was viewed as no different than any other believer in Christ apart from the historical fact that she gave birth to Him. The “brothers” of Christ referred to in the Gospels were considered as a matter of course to be her other biological children, and any assertion that she might have a unique or special role in Christian devotion was condemned as idolatrous.

I suggest stepping back from this battlefield entirely and returning to the Scriptures and to church history with fresh and open eyes. It is only from that vantage point that we can hope to recover the real Mary, the young adolescent chosen by God to be the Mother of the eternal Word. I have therefore written a book in the hopes of recovering a true vision of Mary, the young woman who gave birth to Jesus and who continued to wrap her life around Him until the end.

The book consists of three parts: the Biblical, the historical, and the doctrinal. The first section will examine what the Scriptures say about Mary in both the New and Old Testaments. The second section will review the history Marian devotion to discover how it grew and developed through the early centuries, from the second century to the fourth century, looking forward to the Council of Ephesus in 431. Finally, the third section will look again at the classic doctrines about Mary, such as her perpetual virginity, her holiness, and her dormition or falling asleep (i.e. her death) to see what justification can be found for them in Scripture and history. The book concludes by looking again at our relationship with Mary and how we can face up to Mary, the Mother of God.

The book includes endorsements by the Very Rev. Dr. Chad Hatfield, President of St. Vladimir’s Seminary in New York; and by the Very Rev. Archpriest Geoffrey Ready, the Director of the Orthodox School of Theology at Trinity College, Toronto, who kindly wrote the book’s preface.

Dr. Bradley Nassif, co-editor with Brock Bingaman of The Philokalia: A Classic Text of Orthodox Spirituality, Professor of Biblical and Theological Studies, North Park University has endorsed it. He wrote, “In just a few short pages, Father Lawrence explores difficult questions that have surrounded the biblical and patristic understanding of Mary’s place in the Church…I am aware of no other book on Mary that is as clear, substantial, and critically reliable as this one.”

It has also been endorsed by Bishop Daniel Brum, Bishop of Santa Rosa in the Orthodox Church in America. Bishop Daniel wrote: Fr. Lawrence’s book “is both insightful and probing, succinct and comprehensive. Re-discovering Mary: The Orthodox Understanding of the Mother of God, leads us through a welcomed and helpful study of Mary from the traditional Orthodox perspective, an approach which is set upon the solid ground of the scriptures, history, and Christian doctrine…I wholeheartedly recommend Father Lawrence’s work to all who are seeking to deepen their relationship with Mary and, through her, with her Divine Son.”

I hope you will like the book as well. It can be ordered from Sebastian Press here.