Why Mary is the Most Important Human Figure in Christianity 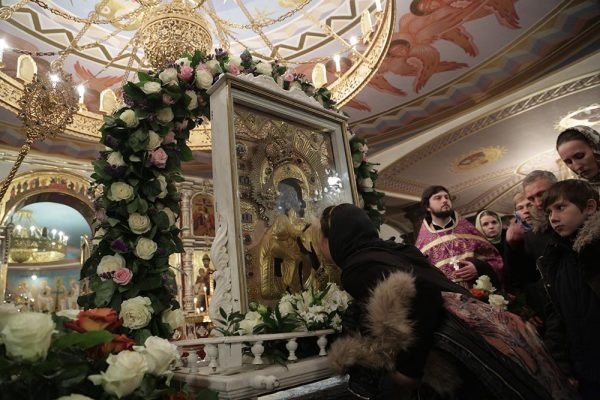 Transitioning from Protestantism to the Orthodox Church a bit over a decade ago was for me a fairly seamless one. I was already well versed in the different theological positions and met the cultural surprises through research prior to my first visit to an actual church, however, I definitely got hung up on the Church’s apparent obsession with Mary.

As a Protestant I was trained to keep vigilant skepticism of all things Mary. For us she stood as a primary symbol of Catholicism, which meant she had to be resisted. Catholicism was for us the quintessential boogeyman of the faith.

From an Orthodox perspective nothing could be more shocking than that a Christian would have trouble identifying Mary as a foremost concern in the faith, never mind treating her as something taboo. Having experienced both side of the issue I thought it would be worthwhile to share a quick take on why Mary is so important in our faith.

To start with, the ‘mother’ outside of the Christian view is already both the symbol and the reality of the deepest possible connection between two people. In an ideal mother-child relationship the child receives the sort of attachment, love, and affection that will never find it’s equal in his or her lifetime. In archetypical terms, the ‘Great Mother’ is found throughout world history in literature, myth, religion and psychology.

But within strictly historic Christian terms, the theology of the Theotokos rises far above any of these conceptions. In fact, many mysteries of the Christian faith are made known through her, and, ironically, made more paradoxical. Such as, how divine providence is conformable with the freedom of creatures (i.e. how the Incarnation could not happen without Mary’s consent); how in her title “Theotokos” the whole history of salvation, or rather of the divine economy, is contained; how this virgin was rendered apt by the Holy Spirit to receive in her womb the Son of God, etc.

These mysteries begin to tap into the reasons why Orthodox Christianity holds the Theotokos to be of utmost importance. She is often found on icons with her hands raised and with the Christ child on her chest. This posture is known as the “orans” stance common to both historic Jews and Christians as representing the bodily attitude of prayer.

For the Orthodox this icon reveals the ‘Church’ (that is, the total aggregate of all right believing and worshipping Christians) personified by the Mother of God—the one who had confined within herself the unconfinable God. She had the literal Word of God—Christ in the flesh—dwelling in her womb.

Her unique life reveals the communion of the saints and personhood at its highest capacity. She is the example par excellence of what Christians strive to become: the abode of God, the temple of the Holy Spirit; she remains the highest possible human realization of communion with Christ.

She is not, as I once thought when looking into Orthodoxy from the outside, some sort of substitute Savior, or some form of needless separation between the believer and Christ. Quite the opposite. She is the vital link between all believers and Christ. And here’s the phrase that really shook me: she made salvation possible. It shook me because it made it sound as if she was usurping the credit for salvation from Christ. But that’s a bit like saying the ark usurped God’s power in saving mankind from the flood.