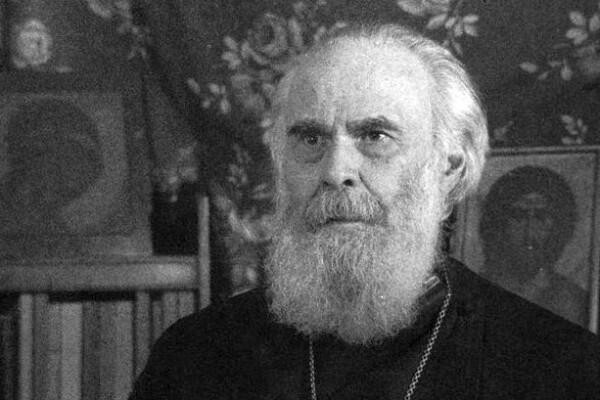 Until the middle of my teens I was an unbeliever – an aggressive one at that, as many are. I found God at a moment when I was not looking for him but when I need him desperately. For years life had been very hard and I had learned to fight, but when I was about fifteen fighting became suddenly much easier and then I discovered with dismay first, and with a certain sense of despair afterwards, that I could not cope with happiness. As long as I had to fight there was an aim ahead of me. When happiness came and there was nothing to fight for, or against, life seemed to me stale and aimless and I felt I could not stand aimlessness and a happiness which had no future.

This is the moment when God found me. I was then a member of a youth organisation, a Russian one, and I was invited to come to a talk given by one of our priests. I had no desire to go, but I went, and what you expect probably is that all of a sudden I was illumined and convinced. It was not like that at all. All I heard about Christ, about Christianity, aroused in me a sense of rebellion, or revolt. I found it ugly and disgusting and so when the talk was over, I went hurriedly home to find out whether what I heard was true: and as I was determined not to waste any more time than needed, I counted the chapters of the Gospels, discovered that the shortest was St. Mark’s, and set out to read it. I never suspected that that Gospel had been written specially for people of my kind.

What happened next is something which is difficult to describe. I was reading and I suddenly became aware of something which many of you must have felt. The sense that someone is looking at you. The sense that makes you turn in the street to find out what is going on. I felt that there was a presence the other side of the desk. I looked up and I saw nothing, but the sense of this presence was so strong, so overwhelming that I knew it was someone standing the other side of the desk, and further I became aware that it was the Lord Jesus Christ about whom I was reading. I cannot explain this. The sense of the presence of Christ, real, complete, has remained with me ever since, for more than forty years. I made thus the basic discovery of Christianity – that Christ was alive. I discovered the mystery of a resurrection of Christ which is at the very root of our faith. As St Paul puts it, “if Christ is not risen we are the most miserable of all men”, because then our faith, our hope, our lives, are founded on an hallucination, on an illusion, on a lie. I discovered then that the resurrection of Christ is the only event of history that belongs both to the past and to the present. It happened in the past and is real in the present because Christ is in our midst now as he was and as he shall be.