Source: Basilica.ro
Thousands of pro-life campaigners marched in Denver and Chicago calling for an end to abortion.
Mihail Mere-Albe | 21 January 2020 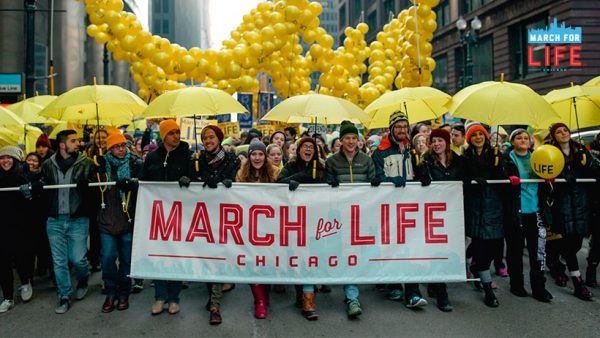 The marches are part of a nationwide effort to draw attention to the more than 600,000 abortion procedures carried out in the US each year and call for laws that support women and protect unborn babies.

These two marches took place just two weeks before the national March for Life in Washington, which attracted hundreds of thousands of pro-life marchers last year.

A record-breaking 9,000 people attended the March for Life in Chicago, Illinois which had the theme ‘Life Empowers: Pro-Life is Pro-Woman!’.

Over 8,000 people gathered for the Celebrate Life rally in Denver, Colorado carrying signs that read, “Civil rights begin in the womb” and “I am the pro-life generation.”

Participants were given the chance to sign a petition to support a policy on the 2020 Colorado ballot, which seeks to protect unborn babies by ending the practice of late-term abortion in the state.