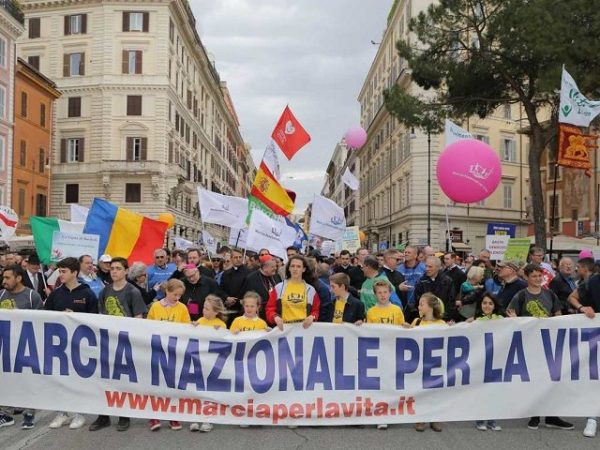 ROME — “We are here today to demonstrate against unjust laws, laws that kill innocent people, people who cannot react and cannot defend themselves,” said the president of Italy’s March for Life committee, Virginia Coda Nunziante, following the nation’s largest anti-abortion march in its history.

While estimates of the number of participants vary widely, no one contests that tens of thousands came out Saturday for the best-attended march for life in Italian history.

Even more than the numbers, what grows year by year “is our awareness of fighting a great moral and civil battle,” said Coda Nunziante, “as well as our determination not to retreat and not to compromise, because no compromises are possible on innocent human life. We cannot accept that even a single child is violently ripped from its mother’s womb.” 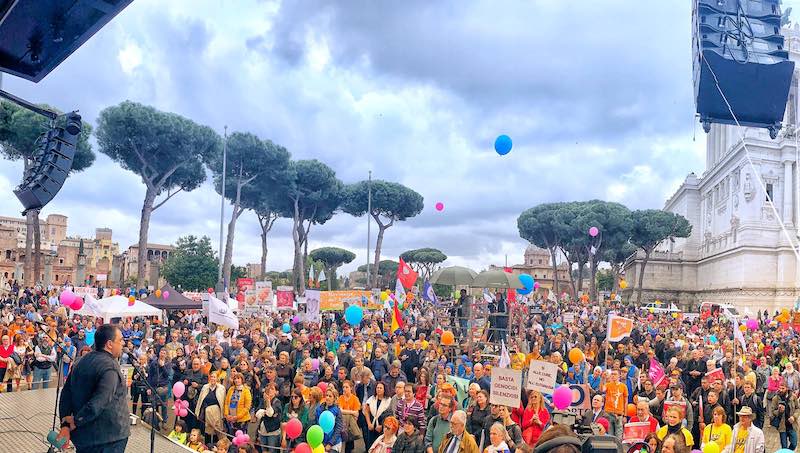 Among notables present were Cardinals Raymond Burke and Willem Jacobus Eijk, Archbishop Luigi Negri, Gianna and Emanuela Molla, daughters of Gianna Beretta Molla, who refused an abortion that doctors claimed could have saved her life. Politicians also came out, including Senator Simone Pillon and Isabella Rauti.

Pro-life delegations came from all over the world for the Rome march, among them groups from France, Spain, Germany, Poland, Romania, Estonia, the Netherlands, Croatia, Canada, the United States, Brazil, Argentina, and New Zealand.

The president of the March for Life said that the pro-life strategy in Italy is to dismantle abortion laws piece by piece.

“The first piece to dismantle is that of financing: it is unacceptable that every year we spend between 200 and 300 million euros to kill our children in hospitals,” she said.

“How is it possible that if you want to have an abortion you have a red carpet laid out for you and everything is easy and organized, and yet if you want to carry your pregnancy to term the path is riddled with obstacles?” she asked.

“We have before us an organized ideological movement that preaches and practices the culture of death, which after having introduced abortion, now wants to pass to infanticide and euthanasia,” she said.

The abortion lobby uses the reasoning of the high priest Caiaphas, who had Jesus put to death, saying: “It is better for one man to die for the people than for the whole nation to perish,” Coda Nunziante said.

She went on to cite advances of the pro-life movement all over the world, from Argentina to Brazil, with a special emphasis on the United States and an honorable mention of the new Alabama law.