That being said, the experience drawn from a decade of so-called “same sex marriage” in Canada should be most instructive to Americans who care about the kind of society in which they live, and the spiritual condition of their churches. What has the last decade taught Canadians?
Archpriest Geoffrey Korz | 25 August 2015 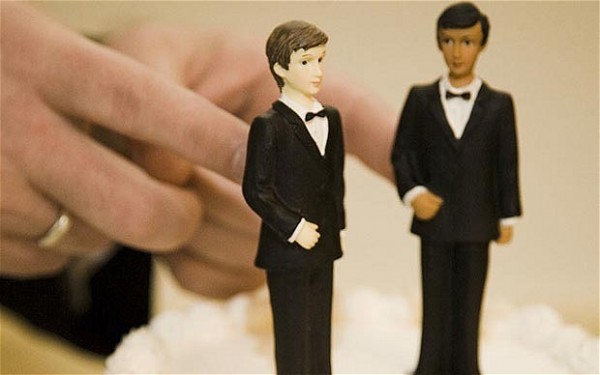 The United States Supreme Court decision to abolish marriage as we know it didn’t come as much of a surprise. For the faithful in Canada, what did come as surprise was the response of Orthodox hierarchs.

When Canada’s courts redefined civil marriage ten years ago, Orthodox and other religious leaders were almost silent. When the American Court issued its ruling, however, sparks began to fly. Numerous Orthodox bishops issued statements online, with some even calling for clergy to give up their responsibilities to serve as representatives for civil marriages, thereby requiring couples to obtain a civil marriage before having their marriage blessed in the Church.

The contrasting approach between the two countries – America and Canada – should hardly surprise anyone. Canadians are known for trying to get along with each other, even when we fundamentally disagree. American individualism has contributed to an activist Supreme Court, which mirrors a litigious populace, much more eager to legislate and litigate other people to conforming to their views than are their northern cousins.

That being said, the experience drawn from a decade of so-called “same sex marriage” in Canada should be most instructive to Americans who care about the kind of society in which they live, and the spiritual condition of their churches.

What has the last decade taught Canadians?

1. Expect increased attacks on religious freedom. Court decisions sweeping away the remnants of Christian civilization do not create a vacuum: they create a new ethos, much like the Soviet system, where the idea prevails that traditional religion in any form has no place in the public square.

2. The New Gestapo: Ugly intolerance disguised as liberal civil rights. Anyone who opposes the sexual issue du jour will be demonized as racist, bigoted, homophobic, backward, and hateful – including the most mild-mannered, polite, sincere persona of faith, even those with a proven record of personal civility and charity. It will not matter that ninety percent of people are not part of the witch hunt: the radical totalitarian one percent – mostly professional activists and media – will unflaggingly conspire to destroy the reputation, livelihood, and personal safety of anyone who opposes the new agenda. Many people will simply try to retreat into the privacy of their own lives – but it won’t work.

3. The elimination of privacy and private opinion for businesses, private institutions, churches, and individuals. With new, court-imposed morality, every action and opinion is dragged out in the open for public scrutiny and possible litigation. The courteous baker can no longer be sure she is free to decline an order for a rainbow wedding cake, nor can clergy be sure they will not face prosecution or ongoing harassment for asserting a view they have always held, based on their faith. Since Orthodox Christianity is so remote for most people, it will receive less pressure than Roman Catholicism, although Roman Catholic institutions are either already under constant threat, or have been completely compromised.

4. More sexualization. In a normal culture, the public square provided a place for people of diverse backgrounds, beliefs and ways of life to meet and interact, with personal grievances left in the background most of the time. With the advent of “identity politics”, such grievances become the centrepiece of identity for those who live by and for their own victimhood, identity often defined exclusively by sexual interest. As such, the rule and theme of all interaction is (often by design) seasoned with sexuality.

Media, humour, all conversations, the workplace, and – most definitely – schools and colleges become for the activist places of perpetual public narcissism of the angriest kind. Two things will result: Firstly, the authentic content of human relationships becomes marginalised by the sex-obsessed. Secondly, the majority of people are reduced to spectators in community life, constantly subjected to the clowns of sexual politics demanding the spotlight on them and their stories, their issues, and their angst. As the old saying goes, the definition of a fanatic is someone who cannot change the subject; the court rulings redefining civil marriage serve as a cattle call for every sex-obsessed fanatic to step up to the microphone.

5. The redefinition of words, and the sanctioning of traditional expression and vocabulary, Soviet-style. While this has been going on for two decades with various strains of political correctness in academia and media, the sexuality and marriage debate (and subsequent change in marriage laws) will bring this to a crescendo. The identification of “hate” words by certain elites will open the door to a widespread campaign of censorship in all public discourse, creating intellectual “no go” zones, and “dumbing down” of meaningful public discussion. This will be a two-edged sword, since the same stifling environment will also curtail the meaningful freedom of expression by those who hold diverse opinions other than traditional views on the issue of marriage. Ultimately, as we have seen even in mild-mannered Canada, many people will refuse to abide by such edicts, even in state-controlled media, which will lead to the next point.

6. The growth of alternative media and use of media, effecting a splintering of society. In the Netherlands, this is referred to as “pillarization”, the idea that your friends, school, church, soccer club, credit union, and political membership are made up of the same select group of people. Because of the polarization on major issues, people of differing views will not simply avoid certain subjects (an age-old Canadian tactic), but will actually avoid each other. This will undermine civil cohesiveness and neighbourhood spirit. At the same time, traditional-minded people of faith (such as Orthodox Christians, Evangelical Protestants, conservative Roman Catholics, Copts, Sikhs, Hindus, and even moderate Muslims) will find each other, and begin to cooperate on issue of shared concern, creating virtual communities and unlikely alliances. Smart politicians will anticipate this, and work together with groups who share their values (or in the case of the anti-faith left, against them).

Along with this, alternative media will proliferate, assisted by technologies that will make video blogs, petitions, and issues-based fundraising easy and cheap for a wide variety of groups. Despite the Soviet-style statism surrounding the legal redefinition of marriage, those who rely on the state to enforce the new normal will be sadly disappointed when they are constantly undermined by YouTube and GoFundMe.

How have people responded?

1. Traditionally-minded people will find each other, and start to work together in ways they never thought possible. When I was a kid, people actually cared if you were a Roman Catholic or a Protestant; in the new normal, these distinctions will be set on the back burner to allow like-minded people to work together on issues of religious freedom and conscience. The enemy of my enemy will quickly become my friend.

2. The mastery of technology, to use against the propagandists. Few people believe any more that fighting the good fight will eventually convince and covert everyone (although there are a few who do believe this). The use of technology such as social media, online entertainment, comedy, education and training, as well as networking with like-minded people, will serve to strengthen and connect those who are already committed, and will help win over some of those who remain “on the fence” on social issues.

3. Learned strategies to defy and avoid attacks on religious freedom. The shift in civilization that came alongside legally redefined marriage also forced people in Canada to reevaluate the ways in which they were going to respond to attacks on their freedom and beliefs. As we have said, Canadians are known for being nice – often too nice. The last decade has taught many Canadians that they also have to be smart (one might even say, wise as serpents), anticipating of the strategies of those who would attack them. Much like the crypto-Christians of the Ottoman Empire, some have developed a strategy to deflect attack, while others, like the French Resistance, have simply developed a zeal for unremittingly confronting their occupiers, like challenging gadflies.

4. Improved spiritual education. The Church has a critical role to play in assisting people to learn about the ways they can maintain the integrity of their families, and helping them develop strategies for coexisting and confronting those around them who are hostile to eternal truths. Those communities who take the initiative to preach, run solid youth programs, and provide deep, ongoing catechism to adults on topics like faith, education, and parenting, will retain their faithful, strengthen them, and attract others. Those who fail to do so will lose their kids to the abyss of popular culture.

5. A return to personal integrity. For those who want to survive in the new pansexual state, the cultivation of personal faith, integrity, and holiness will be critical. Daily spiritual education, prayer, and mutual help for others must become the lifestyle of the surviving Christian. Humility and personal repentance must underpin individual life, both if we are to avoid the many pitfalls and temptations, and if we are to have anything worthwhile to offer other people trying to escape new sexual order.

Undoubtedly, America’s experience with the legal redefintion of marriage will not be identical to the experience of ten years of it in Canada. Beneath the surface, however, the challenges and the successful responses will almost certainly be the same, as those who survive the new pansexual state will live to attest.

– Father Geoffrey Korz is a priest in Hamilton, Canada. He has worked extensively on religious freedom issues. 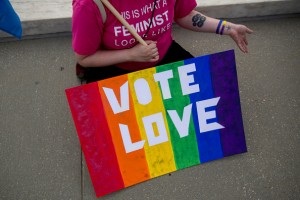 Speaking My Truth Is Not Hate
Priest Barnabas Powell 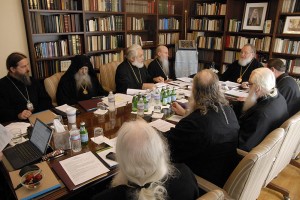 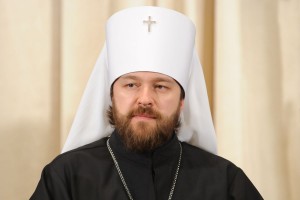