A Regular Session of the ROCOR Synod of Bishops is Held 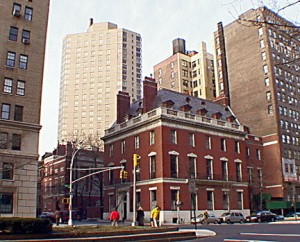 Metropolitan Hilarion opened the session by congratulating the hierarchs on the continuing celebration of the Meeting of the Lord in the Temple. Archbishop Mark and Nicholas Ohotin then gave a detailed report on the Holy Land.

Archbishop Gabriel, Chief Financial Officer of the Synod of Bishops, then gave a financial report.

Bishop Peter then presented a plan for the church-wide celebration, including divine services and ceremonies, marking the 700 th anniversary of the birth of St Sergius of Radonezh, and the prayerful commemoration of King Alexander of Serbia to mark the 80 th anniversary of this assassination. With the blessing of the Synod of Bishops, the main celebrations will be held at St Sergius Cathedral in Cleveland, OH, from October 7-9 . A regular session of the Synod of Bishops will be held concurrently.

Archbishop Kyrill then reported on the work of the Pre-Council Committee preparing for the Council of Bishops of ROCOR to be held in San Francisco from June 24-July 1, 2014 . The committee is working on the agenda and program of the Council, including associated logistical matters.
In concluding the session of the Synod of Bishops, Metropolitan Hilarion asked forgiveness of this brethren hierarchs and wished them all a spiritually-beneficial Great Lent.