Source: ROCOR
Natalya Mihailova | 16 December 2014
The relatives of persons buried in Rookwood Cemetery in Sydney, Australia, were shocked by the desecration of 76 grave crosses, as reported by the Daily Mail based on material from AP Australia. 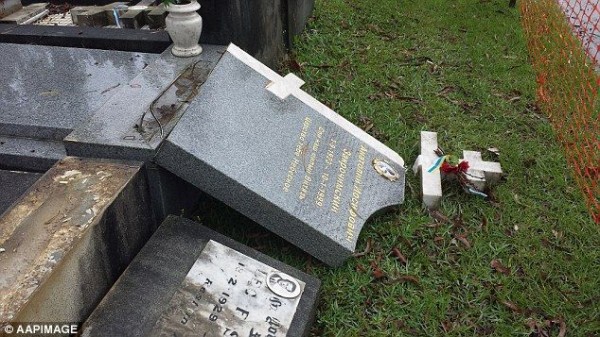 Vandals desecrated the graves of the husband and parents of Olga Zarkochimsky, who are buried there.

“Even the dead have no peace,” said 84-year-old Anatolia Zakrochimskaya, founder of the national Vityaz organization and the St Vladimir Youth Society in Australia. “I cried for two days. The cross was smashed. How cruel is that? How could they do such a thing? I can’t afford to erect a new monument.” The gravestone was toppled and the cross broken. 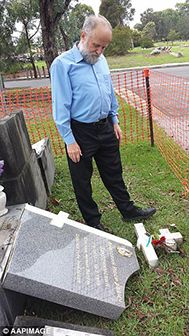 Most of the damaged gravestones were in the Russian and Serbian sections of the cemetery. The police have still not identified the vandals or their motive.

In the opinion of local Russian journalist Alexei Ivachev, who recorded the biographies of many of those buried in the cemetery, the crime was undoubtedly aimed against the Russian community. “Some mentally-deranged person decided to ‘attack’ the Russians. This is a hate crime,” he opined.

A night-time patrol was established as a result of this crime.

“This is extremely sad, that something like this could happen in a cemetery which is so important, so sacred for so many people,” said Rookwood Cemetery’s director, Fiona Hislop.

According to Australian law, the perpetrator is subject to five years of prison for “intentional vandalism,” or six years if there were multiple perpetrators.

Most viewed articles
Hallowed Be Your Name: Some Grammar and A Reflection185
Who Is the Author of Confusion and Fear?157
Church Dating 1,600 Years Back Discovered in Turkey’s Priene Ancient City142
Patriarch Kirill: Teachers of the Basics of Orthodox Culture at Schools Have a Tremendous Task138
Chapel of Life-giving Spring and St. Nectarios under construction at Bucharest Oncology Centre95
Seven-day celebrations dedicated to the Saint who helped Bucharest during plague epidemic begin on Thursday65
Holy Intercession Church in Glen Cove, NY, Celebrates its 70th Anniversary62
How to Read the Bible50
Patriarch Kirill Encourages the Media to Report Proper and Adequate Information about the Church30
Since the Start of the Pandemic Moscow Priests Have Made Over 4,000 Visits to Patients with COVID-1916
Most popular authors
Pravmir.com team246
Archpriest Michael Gillis185
Aurelian Iftimiu160
Fr. Stephen Powley157
Dilan Pamuk142
Archpriest Lawrence Farley50