Source: THE DAILY TELEGRAPH
MORE than 70 gravestones in the Russian, Serbian and non-denominational sections of a Sydney cemetery have been vandalised during a late night break-in.
Natalya Mihailova | 12 December 2014 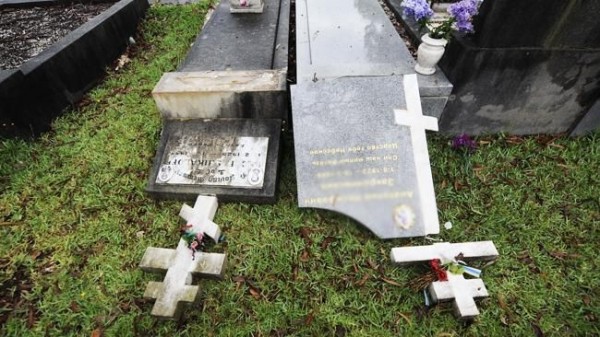 The offenders broke into Rookwood Cemetery on Hawthorne Ave and pushed over or smashed 76 gravestones between 9pm on Tuesday to 6am yesterday.

Police initially reported the damage occurred in the cemetery’s Russian and Ukrainian areas but cemetery officials revealed no Ukrainian graves were affected. 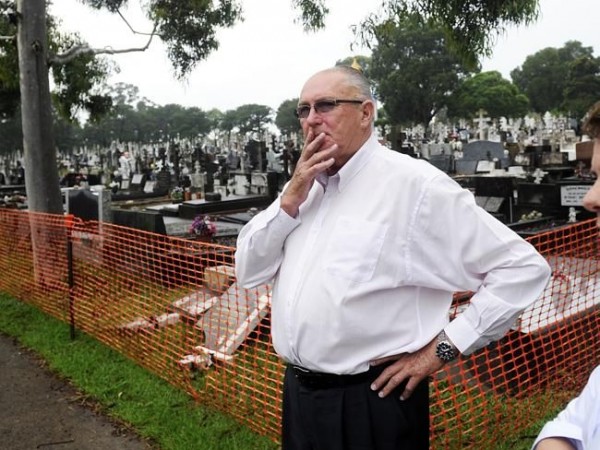 Ms Heslop said the areas attacked were the Serbian and Russian orthodox as well as non-denominational sections called Magnolia Grove and the Remembrance Lawn.

“The way I’m looking at it, the path through the cemetery doesn’t seem to focus on one denomination alone,” she said.

“It’s not far from the gate, they could have quite easily climbed over the gate.”

The vandalism came the day before Ukrainian president Petro Poroshenko arrived in Australia for a two-day visit. 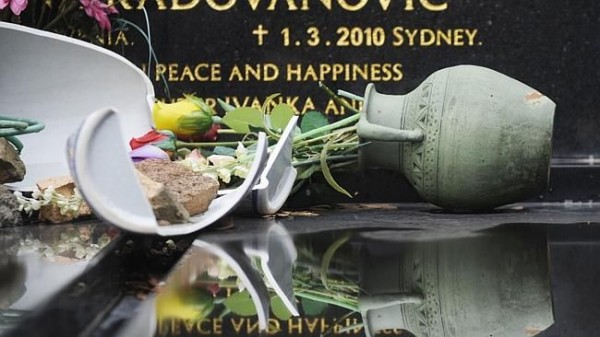 Mr Poroshenko arrived this morning and will join Prime Minister Tony Abbott at a Melbourne prayer vigil for victims of the downed flight MH17.

Ms Heslop believes a weapon must have been used to damage many of the gravestones.

“I don’t think you could understand someone’s headspace who does something like this,” Ms Heslop said.

“Some of the headstones are quite old so if they pushed hard it will fall, it would be a hell of a lot of a push but it will fall,” she said. 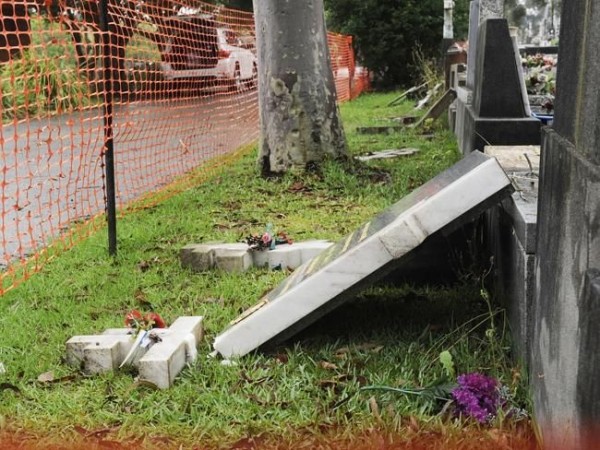 One of the toppled headstones. Picture: Phillip Rogers

“They have grabbed crosses on top of the monuments and pulled them off. It looks to me like they’ve done it with something. The marble has been cracked too.”

The 76 families will be contacted by the cemetery and informed of the damage but staff are also distressed by the incident.

“We will contact the families over the next two days,” Ms Heslop said. “It brings up the memories for all the families.

“(The staff) deal with death on a daily basis but shouldn’t have to deal with this,” she said.

“When you see someone come in and do that to that area, the staff feel a bit helpless.”

Officers investigating the incident have called for anyone with information to come forward.

Most viewed articles
Hallowed Be Your Name: Some Grammar and A Reflection248
How to Read the Bible145
Seven-day celebrations dedicated to the Saint who helped Bucharest during plague epidemic begin on Thursday105
Patriarch Kirill Encourages the Media to Report Proper and Adequate Information about the Church90
Words from St. Isaac of Syria85
Holy Intercession Church in Glen Cove, NY, Celebrates its 70th Anniversary82
Since the Start of the Pandemic Moscow Priests Have Made Over 4,000 Visits to Patients with COVID-1965
Archbishop Peter of Chicago and Mid-America in an interview to Poltava Diocese’s press service reveals interesting moments in the life of St John (Maximovich)49
Using Our Time Wisely to Cultivate the Seeds of Faith2
“Do Not Weep”1
Most popular authors
Pravmir.com team286
Archpriest Michael Gillis248
Archpriest Lawrence Farley145
Aurelian Iftimiu105
Archpriest Stephen Freeman85
Priest Luke A. Veronis2
Archpriest Peter Olsen1