Source: Al Arabiya News
Natalya Mihailova | 04 July 2014
Mariam Yehya Ibrahim, the Sudanese woman previously sentenced to death for apostasy, spoke up for the first time, sharing her fears for the health of a daughter born in extreme conditions in prison, and her concerns over an unknown future for her family. 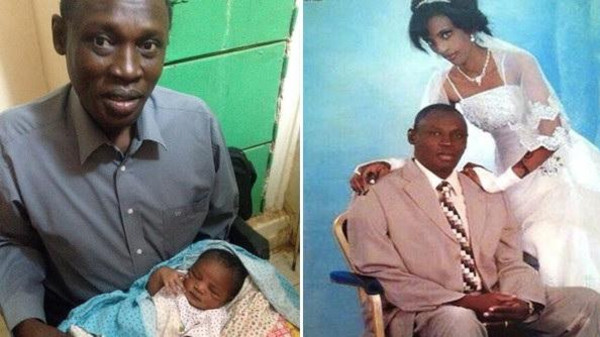 Ibrahim's husband and children have remained at the American embassy, while her location remains undisclosed. (File photos: AFP)

“I gave birth chained. Not cuffs but chains on my legs. I couldn’t open my legs so the women had to lift me off the table. I wasn’t attached to the table,” Ibrahim told CNN in a telephone call.

Doctors feared that the delivery circumstances could have permanent consequences on the newborn.

“I don’t know in the future whether she’ll need support to walk or not,” Ibrahim added.

Ibrahim, who married a Christian South-Sudanese-American, was recently spared a death sentence for converting to Christianity. Only a day later, the 27-year-old and her family were arrested at Khartoum airport, while trying to leave the country with her family.

Ibrahim was detained because of using travel documents issued in South Sudan’s embassy.

In response to her new charges, Ibrahim insists that her travel documents are legit.

“How can my paperwork be wrong? My paperwork came from the embassy. It’s 100% correct and it was approved by the South Sudan ambassador and the American ambassador,” she said.

Ibrahim and her family were freed again on Thursday, Ibrahim’s lawyer told The Associated Press.

Since the release, her husband and children had all been staying at the U.S. embassy in Khartoum – granted on the condition that Ibrahim stays in Sudan.

The new mom’s location is not disclosed. “I’m currently in a safe place. It’s definitely safe but not comfortable,” Ibrahim told CNN.